An eyewitness who says they were displaced by the blaze told WBRZ that a building in Tiger Plaza and Stadium Square Apartments on Alvin Dark Avenue caught fire around 9 p.m. in an incident that left four units damaged and multiple residents displaced. 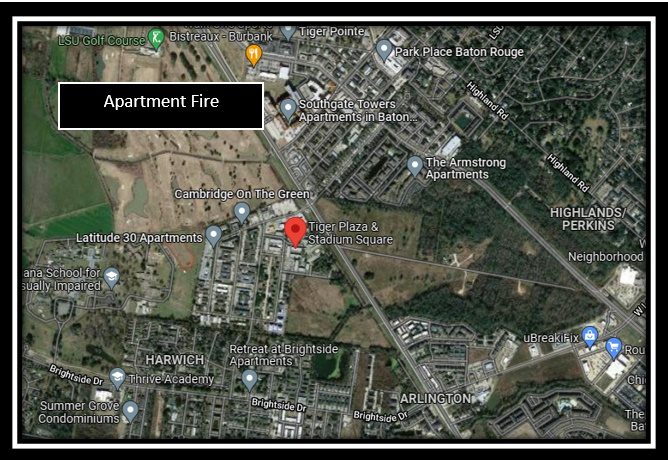 Apartment managers put the displaced residents up in a hotel for the night.

WBRZ has reached out to officials for more information on the incident, and this article will be updated as additional details are confirmed.