Showers and Storms Move in Tonight

Tonight and Tomorrow: Cloudy skies through the evening, as an approaching front brings showers and storms after 8 PM. This front stalls and flattens on its way into the Gulf, keeping rain and storms in the forecast through Sunday morning. Storm activity should drop off after 2 AM, but lingering showers will still be possible until around noon on Sunday. Temperatures will be dropping slowly until after midnight, then dropping to a low around 50°. Winds will also be breezy both ahead and behind the front, directions will change from southwest to northerly as speeds stay between 5 and 15 mph. Temperatures will be much cooler for Sunday, with highs only reaching around 62°. Clouds will slowly break up through the evening hours, but still staying partly cloudy. 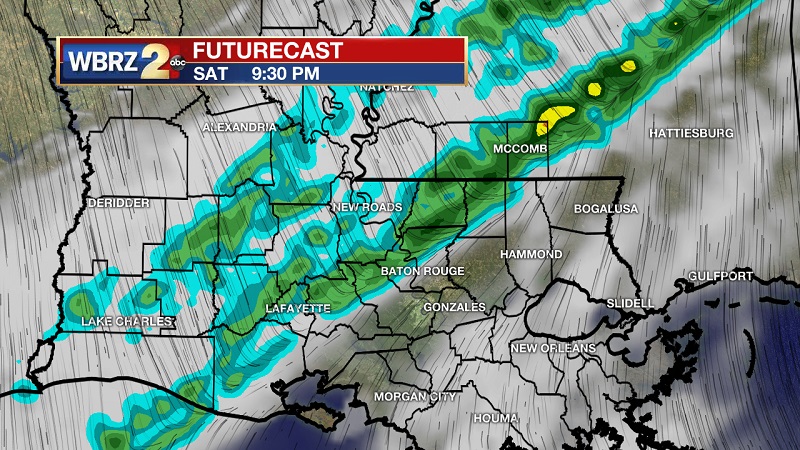 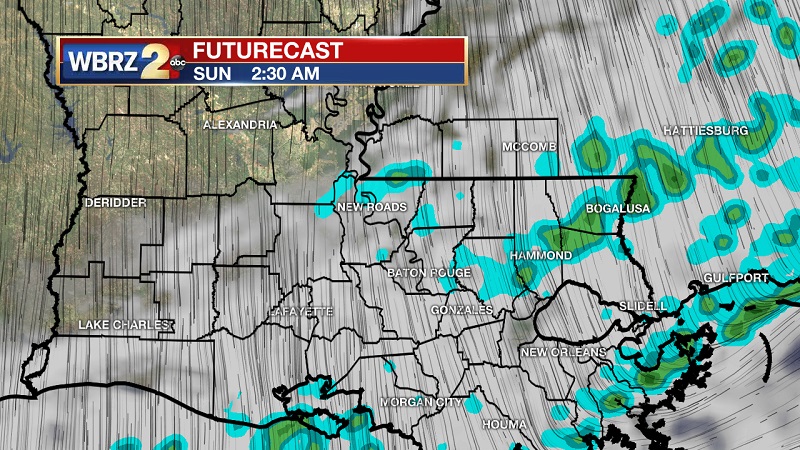 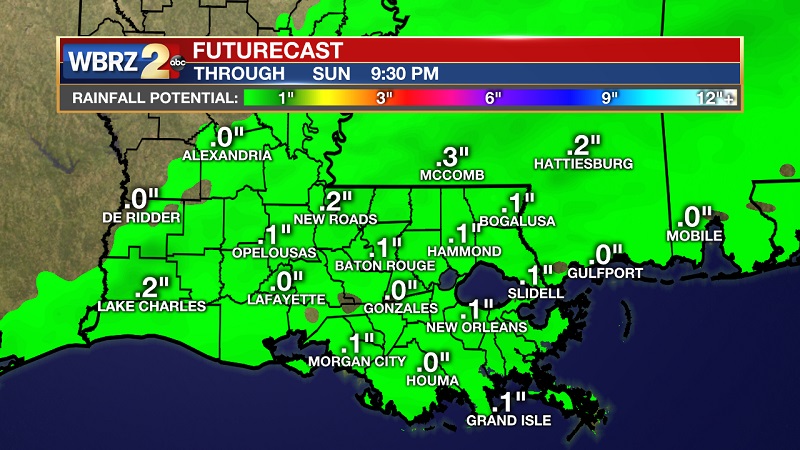 Up Next:  A dry period will commence through much of the workweek, as temperatures slowly approach normal for this time of year by Thursday. Showers and storms will return late in the week and stay into the weekend. 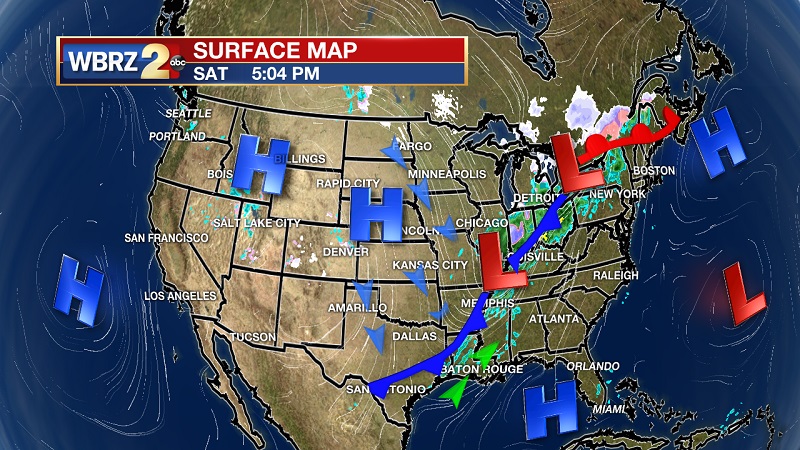 Showers and storms are approaching our area from the northwest, with a potential for strong storms in the extreme southwest of Mississippi. The majority of the energy from this system will stay well to our north, but there is favorable instability and lapse rates in the mid and upper levels that are in support of storm development along the frontal boundary as it pushes into Louisiana. There is a substantial warm cap around 700mb near the coast which will make it very difficult for any uplift or storms to develop as it nears the Gulf. The result will be the front breaking up as it approaches the I-10 corridor. Isolated storms could still develop, but should stay below strong category and be very localized. Dry air will push into the region as the front makes it along the Gulf Coast. It will stall into Monday, keeping the potential for coastal showers in the forecast through the afternoon. Temperatures will be rather chilly, with highs in the low-to-mid 60 Sunday and Monday, and lows in the mid-40s. High pressure begins its reign on Tuesday, and keeps conditions sunny and warming into Wednesday. Showers push back into the area from the north on Thursday, and begins to camp out. This pattern will likely linger into the weekend, as showers and afternoon developing storms will become the norm. Models are currently having issues with timing and severity, but trends should begin to develop within the next 24 to 48 hours. Stay Tuned.