Severe weather threat not over yet for Louisiana, other Deep South states

BATON ROUGE - In the capital area, residents are waking up to cool and dry conditions early Wednesday (March 24) morning, but the severe weather threat has not completely passed.

WBRZ Meteorologist Marisa Nuzzo notes that scattered showers will occur throughout the morning Wednesday, as the band of showers that passed through Baton Rouge overnight Tuesday appeared to stall out. 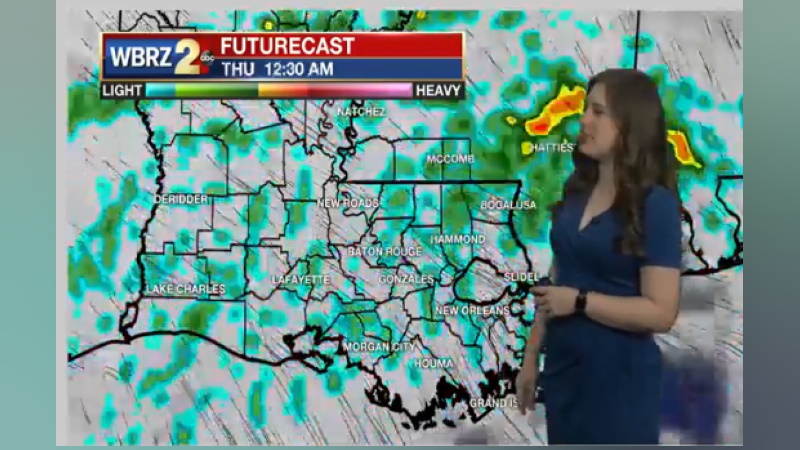 Here is what it feels like this morning, with a look at satellite and radar. Your forecast, @WBRZ | #LaWX #MsWX pic.twitter.com/oeqQpEyW6l

But severe weather is likely return to the area and to other states across the Deep South by Thursday.

"A potential outbreak of severe storms including strong tornadoes, large hail and damaging wind will exist Thursday afternoon into the overnight across a portion of the lower Mississippi Valley and Southeast States," said the Storm Prediction Center (SPC).

The most recent forecast shows an "enhanced risk" for severe storms across Louisiana, Arkansas, Mississippi, Tennessee and Alabama; this level 3 out of 5 category risks means "numerous severe storms are possible," according to the SPC, with large hail, damaging winds and tornadoes all possible.

Some weather experts note that the very humid Gulf of Mexico air combined with strong rising motion is likely to create multiple rounds of severe weather for states across the Deep South, and the threat may include rotating storms that have the possibility of producing tornadoes.

The specific timing on these storms is still too early to know, but computer model guidance suggests multiple rounds of storms possible during the day Thursday and into that night.

Last week, Mississippi and Alabama took the brunt of intense storms and the National Weather Service confirmed that a total of 41 tornadoes, during those two days, cut a combined path length of nearly 210 miles through the South.

By Friday, experts say the storm systems are expected to leave the Southern states, with the exceptions of Georgia and the Carolinas, where weakening showers and isolated thunderstorms could linger.