Pop-ups and higher heat in the forecast

Despite another day or so of rain chances in the cards, expect heat to become the big weather story later this week. On Sunday, there were several reports of severe weather. Most notably, an EF-0 tornado touched down in Montpelier near Bear Creek Western Store with 80mph winds, a path length of 0.1miles and path width of 30 yards. 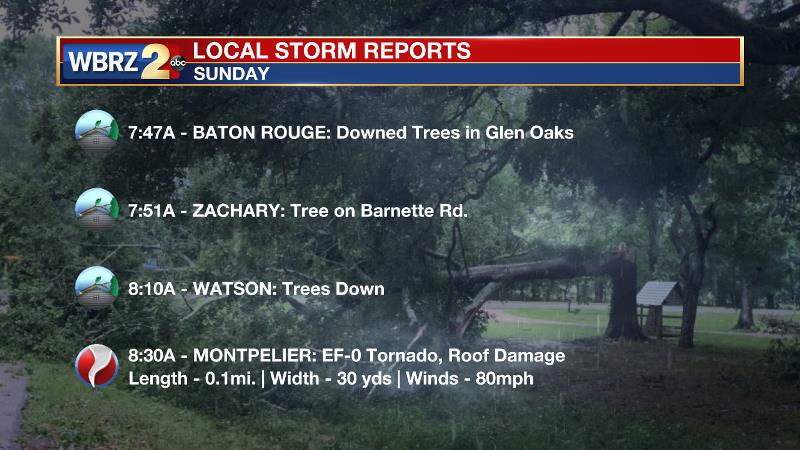 Today and Tonight: Lingering moisture associated with the strong front that brought severe weather across our area Sunday morning, will allow isolated showers and thunderstorms to flare up on Monday afternoon. As is typical with warm season storms, downpours and frequent lightning may grab your attention. Highs will top out near 90 followed by lows in the low 70s. 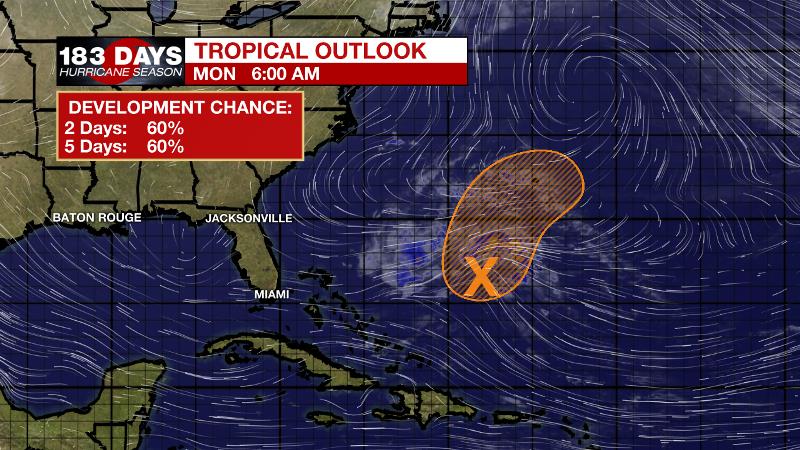 The Tropics: A trough of low pressure has developed within a large area of disorganized showers several hundred miles to the southwest of Bermuda. A low pressure system is expected to form within this area later today, and possibly develop into a short-lived subtropical or tropical cyclone by tonight or Tuesday while moving northeastward. By Wednesday, however, conditions are forecast to become unfavorable for further development, and the system should become rapidly absorbed by a cold front. There is a medium, 60-percent chance of tropical cyclone formation per the National Hurricane Center.

The Mississippi River: At Baton Rouge, major flood stage continues with a level of 43.7’ as of Monday morning. Peaking at 44.1’ on March 19, the river set its 7th highest recorded crest at Baton Rouge. As of Monday, at 136, this year now marks the longest period above flood stage at Baton Rouge. Projected to crest at about 44’ this weekend, the second crest could challenge the first earlier this year. Still, the high water is primarily an issue for river traffic and river islands, although some inundation will continue unprotected low-lying areas. The city of Baton Rouge and the main LSU campus are protected by levees up to 47 feet. Some soggy areas and seepage may be noted due to the long duration of high water placing pressure on the levees. As some of the Mississippi River diverts into the Atchafalaya River, gauges at Krotz Springs and Morgan City will stay high as well. This creates backwater flooding in parts of Assumption Parish in areas such as Stephensville and around Lake Palourde. Like Big Muddy, this is expected to be a prolonged event but is not uncommon for the time of year.

Lingering low level moisture will interact with daytime warmth and a sea breeze to spark isolated showers and thunderstorms on Monday afternoon. Any storms could produce downpours and frequent lightning. Peak heating hours will be the most likely time to find any action. A mid and upper level ridge will build across the Southeastern U.S. through the middle of the weak with surface high pressure taking over into the weekend. The result will be sinking and diverging air at the surface, which will mean warmer than average temperatures and a lot of sunshine. Highs will easily reach the 90s with some mid 90s possible for the upcoming weekend. Humidity will be there, but not quite to summer levels with dew points in the upper 60s and low 70s producing feels-like temperatures in the upper 90s.