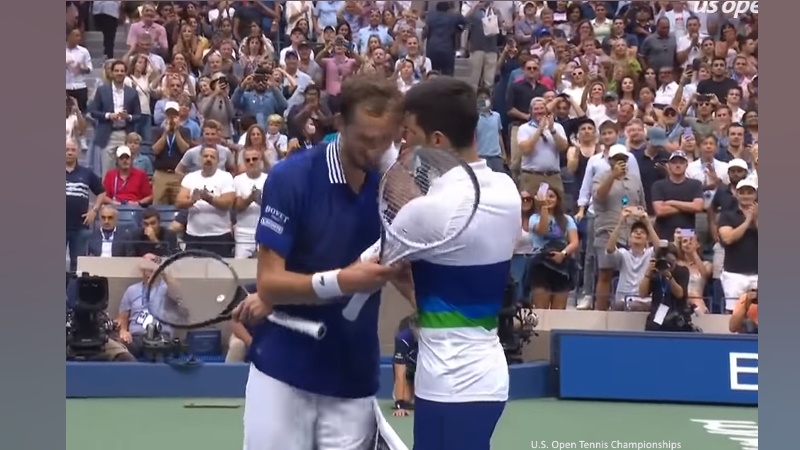 This was the 25-year-old Russian tennis player's third grand slam final and his win makes him the third Russian man to win a major singles title.

After the game, Medvedev not only expressed appreciation to friends, family, and fans but praised  his opponent, Djokovic, by saying, "For me, you are the greatest tennis player in the history."

Djokovic displayed similar humility in his reply, "I wish you many more grand slams, many more majors, I'm sure you'll be on this stage in the future again."

Medvedev later told reporters during a press conference that though he's happy now with this achievement, he has a competitive edge that pushes him to continually look for more challenges.

The tennis star explained, "Everything that happens for the first time is special; when I won my first junior tournament it meant a lot to me... and I think when you repeat something there is a little bit different emotions, unless you make history."

Medvedev continued, "Why I say this is that now I win in the Masters, I'm super happy, strong achievement. Not many players won a Masters in their career. But the only thing I was thinking after winning another Masters is, "I need more. I want to try to do more." And you never know if you're going to achieve it in your career again... and now there is a lot of happiness because that's my first Grand Slam. I don't know how I'm going to feel if I win a second or a third one but that's my first one, so I'm really happy, means a lot to me."

The Moscow native is ranked by the Association of Tennis Professionals as world No. 2