Signs went up all around Baton Rouge on Monday grieving the death of former LA Lakers shooting guard, Kobe Bryant.

Fans in Baton Rouge are encouraged to pause and commemorate the late basketball player's life via the aforementioned series of Lamar Advertising billboards featured around the city.

The signs will appear in a total of 21 locations.

Bryant had basketball in his genes, his father, Joe "Jelly Bean" Bryant was a professional basketball player who spent eight seasons with the NBA and eight more playing in Italy, where Bryant went to school. 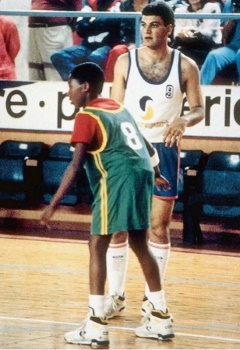 After returning to the United States, Bryant played basketball for Lower Merion High School in Pennsylvania.

He was in the spotlight even then, earning several National Player of the Year awards and breaking the southeastern Pennsylvania scoring record set by Wilt Chamberlain, with 2,883 points.

Upon graduating from high school, Bryant decided to forgo college and declare himself eligible for the NBA draft.

Bryant's Career with the NBA

He played with the Charlotte Hornets for a stint, but was quickly traded to the Lakers, becoming the second youngest NBA player in history when the 1996-97 season opened.

He stood out right away, and was selected for the NBA All-Star Game in just his second season.

But Bryant's career wasn't without hitches.

For one, he was forced to share the spotlight with Shaquille O'Neal, a fellow Lakers player known for his skill and likable personality.

The two had a rocky relationship, but eventually found a way to work together under the direction of Phil Jackson, who was brought in to coach the team in 1999. 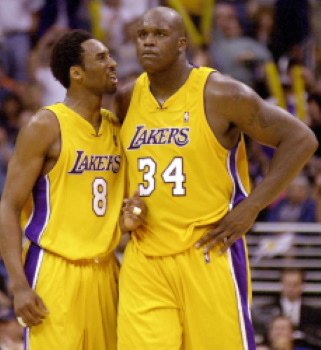 A few years after this hurdle was overcome, a much more disturbing incident ensued.

In 2003, a few days before Bryant was scheduled for surgery, he checked into a hotel room at the Lodge & Spa at Cordillera in Colorado where a 19-year-old front-desk clerk accompanied him on a tour of the property.

The clerk later went to Bryant's hotel room, where she claims he raped her.

At first, Bryant denied the accusations by saying he didn't have sex with her at all. But when authorities told Bryant the woman had taken an exam that yielded evidence proving otherwise, Bryant admitted to the encounter but maintained that it was consensual.

Despite Bryant's insistence on his innocence, police records said the bruising and blood splatters on the young woman indicated the sexual act had been nonconsensual and a warrant was issued for Bryant's arrest.

He surrendered to police and was charged with one count of felony assault.

The young woman, who later admitted to falsifying some of the details surrounding their encounter, decided to settle out of court in a civil suit that some legal experts estimate as more than $2.5 million.

On the same day that criminal charges against him were dismissed, Bryant issued a public apology, stating:

I also want to make it clear that I do not question the motives of this young woman. No money has been paid to this woman. She has agreed that this statement will not be used against me in the civil case. Although I truly believe this encounter between us was consensual, I recognize now that she did not and does not view this incident the same way I did. After months of reviewing discovery, listening to her attorney, and even her testimony in person, I now understand how she feels that she did not consent to this encounter.

I issue this statement today fully aware that while one part of this case ends today, another remains. I understand that the civil case against me will go forward. That part of this case will be decided by and between the parties directly involved in the incident and will no longer be a financial or emotional drain on the citizens of the state of Colorado."

The incident damaged Bryant's reputation for a time, with some of his most popular sponsors pulling him from their ads.

But Bryant's image was resurrected during the 2005-06 and 2006-07 season, when he was named the league's MVP for the first time in his career.

He won his fourth NBA title in 2009, and was named the finals MVP after averaging a stellar 32.4 points per game in the series.

Bryant went on to lead the Lakers to their third straight Western Conference championship in 2009-10 and was once again named NBA finals MVP, after the Lakers defeated the Boston Celtics in a seven-game series.

Bryant retired following the last regular-season game of the 2015-16 season.

Not only did Bryant have a noteworthy career on the court, but he enjoyed success in literary endeavors.

In 2015, he wrote a poem entitled “Dear Basketball,” which later served as the basis for a short film of the same name.

In 2018, he published the book The Mamba Mentality: How I Play, in which he described his approach to basketball; the title reflected a nickname he bestowed upon himself during his playing days, “The Black Mamba.”

As a father of four and complex individual, when asked about his view of retirement, Kobe said, "There is beauty in that (ending his career). I mean, it's going through the cycle. I mean, it's the cycle that is the natural progression of growth, of maturation."

"I mean, there's no sadness in that. I see the beauty in not being able to blow past defenders anymore, you know what I mean? I see the beauty in getting up in the morning and being in pain because I know all the hard work that it took to get to this point. So, I'm not, I'm not sad about it. I'm very appreciative of what I've had."

“Oi I got this” GiGi I love you ????
Rest well in peace Kobe and Gianna ?? we miss you already#RIPMamba pic.twitter.com/3GYQgqwVG6