LAUREL COUNTY, Kentucky - A women’s empowerment charity in Canada developed an internationally-recognized hand signal that victims of violence can use to discreetly alert others that they need immediate assistance, and last week a kidnapped teenager from North Carolina used the signal to get help.

According to CNN, a 16-year-old girl from Asheville, North Carolina was reported missing by her parents on Tuesday.

Authorities said a man took the teen from North Carolina to Ohio, where he had relatives. When his relatives realized the teen was a minor and had been reported missing, the man fled with the girl towards Kentucky.

Deputies from Kentucky's Laurel County Sheriff's Office explained that it was during this leg of the journey the girl began signaling for help using the hand gesture she'd learned on TikTok.

By Thursday, a driver on a Kentucky interstate happened to pass the vehicle the girl was in and saw her hand gesture.

Recognizing the sign as a signal for help, the driver called 911.

The Sheriff's Office said, "The complainant was behind the vehicle and noticed a female passenger in the vehicle making hand gestures that are known on the social media platform 'Tik Tok' to represent violence at home -- I need help -- domestic violence."

Deputies say this observant driver then remained behind the vehicle, trailing it for seven miles as they relayed information to police.

Eventually, police were able to pull over the suspect's car and rescue the teen.

The hand gesture the teen used, according to the Canadian Women's Foundation, consists of two, simple steps.

First, hold one hand up with your palm facing out, as if you're going to wave hello. And tuck your thumb into your palm. 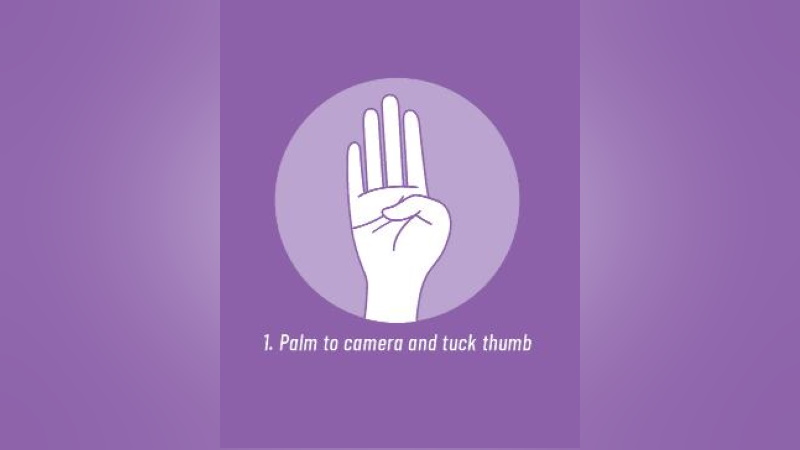 Secondly, with your thumb still tucked into your palm, close your fingers to trap your thumb. 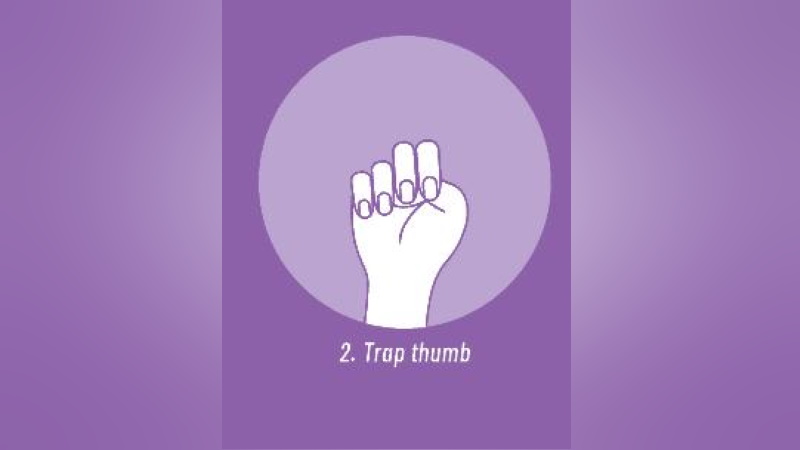 Incidentally, though this signal is not an American Sign Language sign, those familiar with ASL may notice that the gesture looks similar to the ASL letters "B" and "M."

A video example of how to use the signal when under duress is below.

According to CNN, police arrested the kidnapping suspect Thursday and charged him with unlawful imprisonment and possession of a matter of sex performance by a minor (over 12 but under 18).