BATON ROUGE - An apartment fire broke out in Baton Rouge's Belaire area when a hot iron was accidentally left sitting on a bed.

Firefighters were called to the Bellemont Victoria II Apartments in the 12200 block of La Margie Avenue Tuesday night shortly after 8 p.m., and upon arriving found smoke coming from one of the apartment's windows. 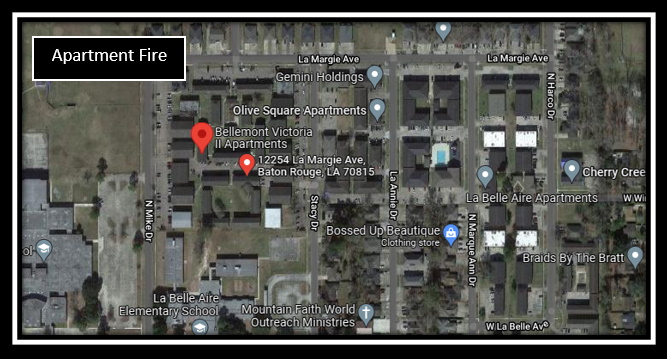 The crew made its way into the home and extinguished a smoldering fire found in the bedroom.

The apartment sustained heavy smoke damage that amounted to approximately $10,000.

Though no one was injured during the incident, as a result of the damage, one person was displaced.

Fire officials say the blaze was accidental in nature.