DUSON - More than 12 hours after a massive explosion at a chemical plant west of Lafayette, residents in a 5-mile area around the facility were allowed to return home and traffic was once again cleared to travel I-10.

Thursday afternoon, a massive inferno ignited at a chemical facility at the Duson exit of I-10.  The interstate was closed all of Thursday evening and early Friday morning.

Residents in the area were asked to leave.  They were allowed to start returning home around 6 a.m. Friday. 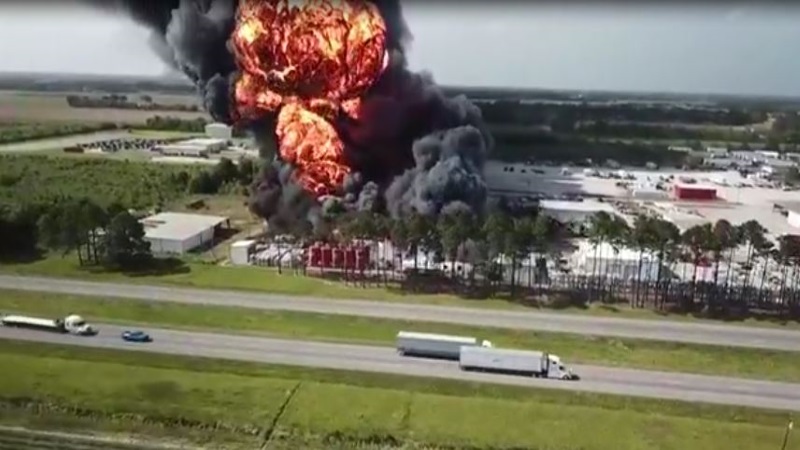 There were no reports of injuries.

Investigators have not said what caused the explosion.

Firefighters worked Thursday and all morning Friday to put the blaze out.