As we move towards mid-December, all forecast data points towards above average temperatures (something most do not want to hear during the holiday season).

For Baton Rouge, early December temperature averages are a high of 66 and a low of 44. 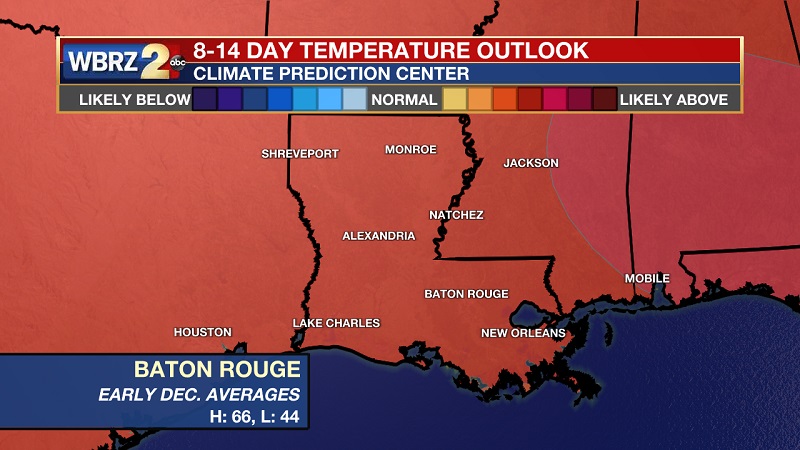 Current guidance from the Climate Prediction Center shows an above normal likelihood (60-70% chance) that temperatures will be above December averages over the next 8-14 days across the state of Louisiana. 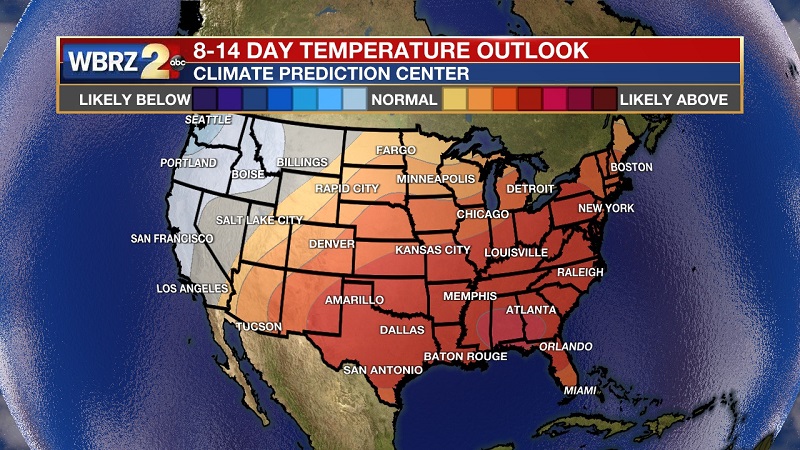 In fact, for majority of the nation, the current weather pattern holds the trend of above average temperature days.

Does this mean that every single day for the next two weeks WILL be warm? No, but there is a higher chance that temperatures will be above the seasonal averages. 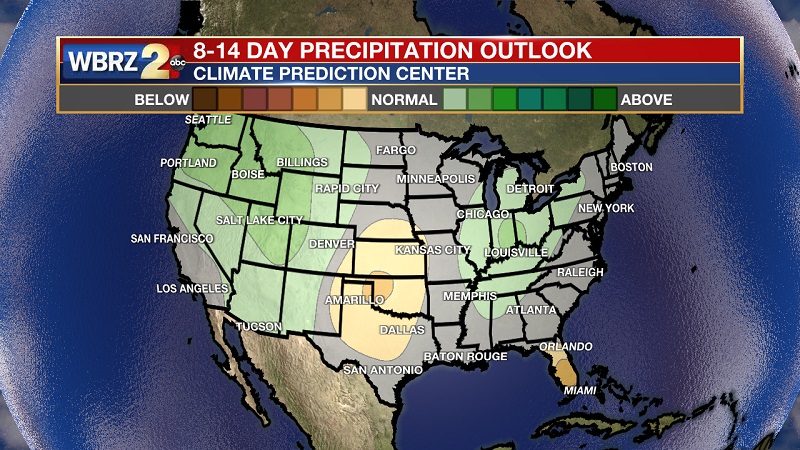 As far as precipitation goes in the southeast, we are expected to receive a normal/average amount of precipitation over the next two weeks.

For Baton Rouge, the average total precipitation amount for the month of December is 5.32 inches. 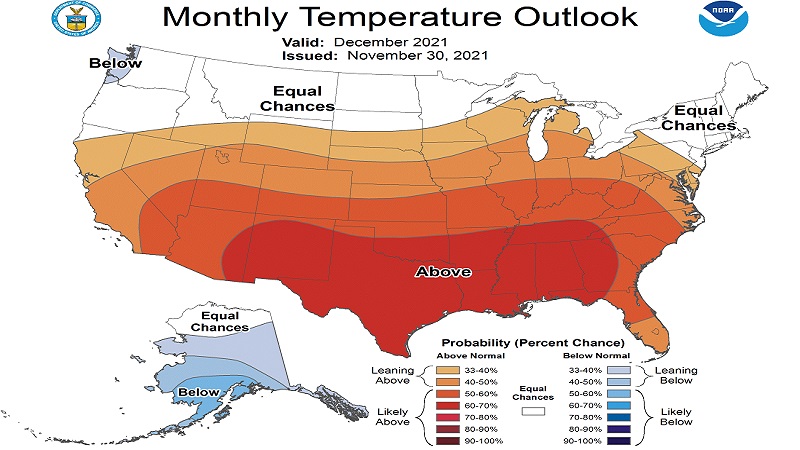 Looking at the December temperature outlook as a whole, the probability of above average temperatures holds over the state of Louisiana.

We are currently in a La Niña pattern, which typically means a warmer and drier winter here in the southeast. As of now, that is holding true as we approach the "official" start to the winter season. You can read more about La Niña patterns when you CLICK HERE.