ASCENSION PARISH - Residents who intend to ride out the storm in Ascension Parish have the support of local officials who are providing sandbags and other storm-related necessities.

Ascension Parish President, Clint Cointment spoke with WBRZ Sunday morning and explained measures officials are taking to ensure the safety of all residents.

A list of sandbag locations in Ascension Parish can be found here.

Shelter guests are urged to bring clothing and personal supplies that will last them for two to three days.

The Parish President described other pre-storm measures officials have taken, saying, "We've pulled down all of our major canals in anticipation of the rainfall, and we have put our push and cut crews ready for Monday morning at daybreak so that we can go ahead and do a damage assessment, clear roads, and any trees that have fallen on homes and cars, and anything of that nature."

Cointment added that three pumping stations will be manned throughout the storm and experts will be looking at water levels in addition to anticipating where rainfall will occur in the region.

“This is a dangerous storm, do not take it lightly,” said President Clint Cointment. “If you think your home may not be safe, don’t take any chances; please come to a shelter.”

Ascension Parish Sheriff Bobby Webre also urged residents to act quickly in finalizing their storm preparations. He addressed the public via a Facebook video that was posted Sunday morning. 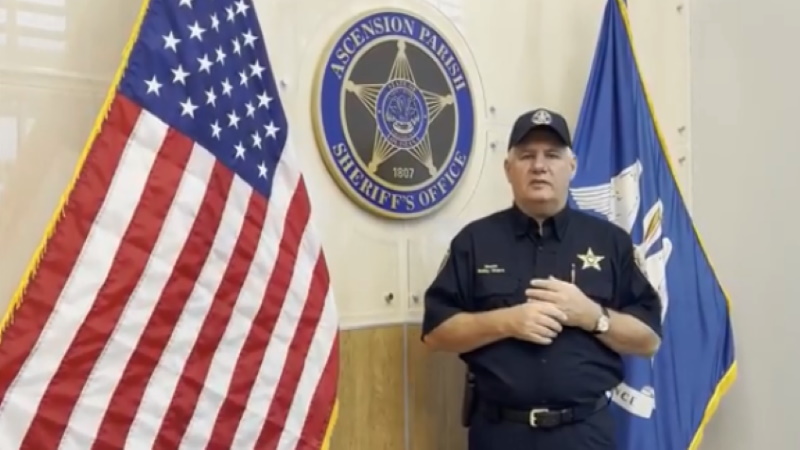 In the video, Sheriff Webre said, "We think within the next three or four hours the weather's going to deteriorate so there's still time... but this is going to quickly deteriorate. So I'm asking all of our good citizens to do what you have to do now. You have about three or four more hours to prepare and then we're going to ask you to be off the road, be where you're going to be to ride out the storm."

He went on to say that after Ida sweeps through the area, it's likely that damage will be extensive. He said that hundreds if not thousands of trees will likely be knocked down, in addition to lengthy power outages.

Sheriff Webre added, "Ascension is strong, we'll get through this, we've been through this before."

Hurricane Ida is expected to make landfall around 1 p.m. Sunday and anyone in Ascension Parish in need of assistance has been advised to call the Citizens Service Center at (225) 450-1200.