CLINTON - seagulls were spotted in a paved lot Monday afternoon, more than 100 miles from their natural habitat. Typically, the birds prefer coastlines of oceans, bays, and major lakes--their primary source for food. Hurricane Ida may be blamed for the unexpected relocation.

Hurricanes have had a record of encapsulating birds in the fair-weather eye while violent winds repel them from flying through the eye-wall. As the storms move inland, gulls and other coastal fowl are at the mercy of the storm’s path and have been known to show up thousands of miles from their natural habitats. 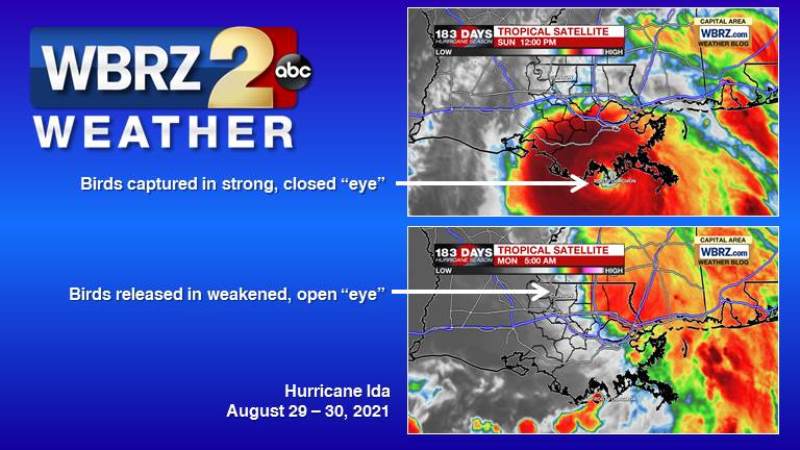 In some cases, such as Hurricane Arthur in 2014, weather radar can even capture the phenomenon. Initially, meteorologists were confused by its cluttered eye appearance on radar. They soon realized through dual-polarization technology that the radar was detecting objects far too big to be precipitation. After reports of bird species suddenly showing up in unusual places shortly after Arthur passed, they had an explanation.

Get your weather updates on News 2, wbrz.com, and the WBRZ WX App on your Apple or Android device. Follow WBRZ Weather on Facebook and Twitter for even more weather updates while you are on the go.