Tonight and Tomorrow: Showers have dried up rather quickly this evening, but lingering showers are still possible into the overnight period. Clouds will continue to be spotty, but building will occur overnight into Monday morning. Temperatures will be cooling near 73° overnight, with light winds out of the southeast. Another cloudy and wet day ahead on Monday, as morning coastal showers will push inland through the late morning and early afternoon. It will feel much like both Saturday and Sunday, with isolated cells acquiring thunderstorm activity. Temperatures will be warming into the 90s by 9 AM, reaching a high of 88° around the lunch hour. Winds will be between 5 and 10 mph and out of the south. 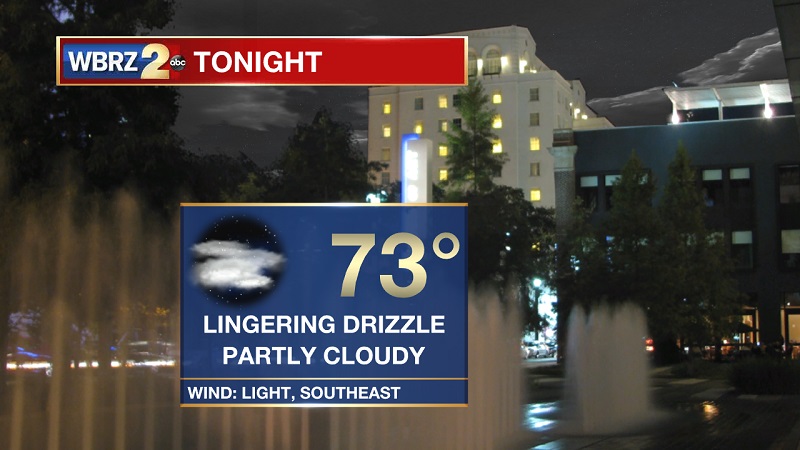 Up Next:  This wet weather pattern will be sticking around through much of the week, with a bump up in rain chances midweek due to a reinforcing cold front from the northwest. High temperatures will hover around normal for this time of year, which is 88°, and only dropping to below average Tuesday through Thursday. 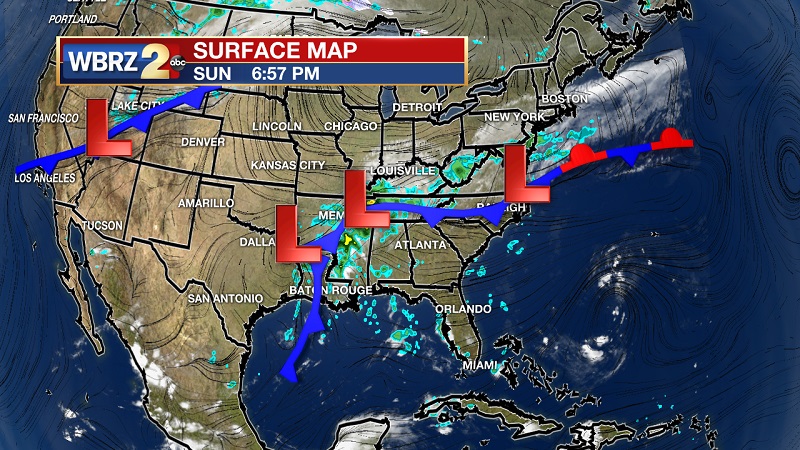 Kirk has been downgraded to a Tropical Depression Sunday night, as he continues to accelerate westward. Currently located about 835 miles west-southwest of the Cabo Verde Islands with 35 mph sustained winds and moving west at 25 mph. A rapid westward motion is anticipated for the next day or two. A slight decrease in forward motion is expected by mid-week. Little change in the maximum winds is forecast during the next several days. It is possible that Kirk could degenerate into a trough of low pressure during the next day or two while it moves quickly across the tropical central Atlantic. 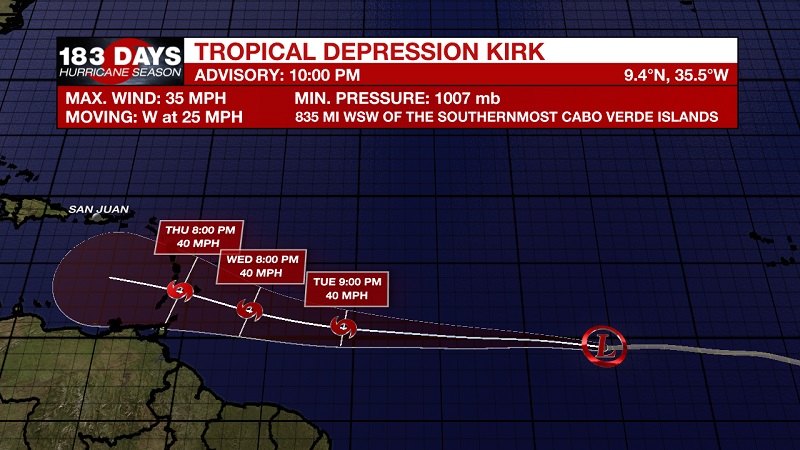 Subtropical Storm Leslie has formed earlier today in the Central Atlantic. Currently located about 1245 miles west of the Azores with 40 mph sustained winds, and moving southwest at 5 mph. Little motion is anticipated through Monday. An eastward motion at a faster forward speed is expected by Tuesday. Little change in strength is forecast during the next couple of days, and Leslie is forecast to merge with a larger non-tropical low by the middle of the week. 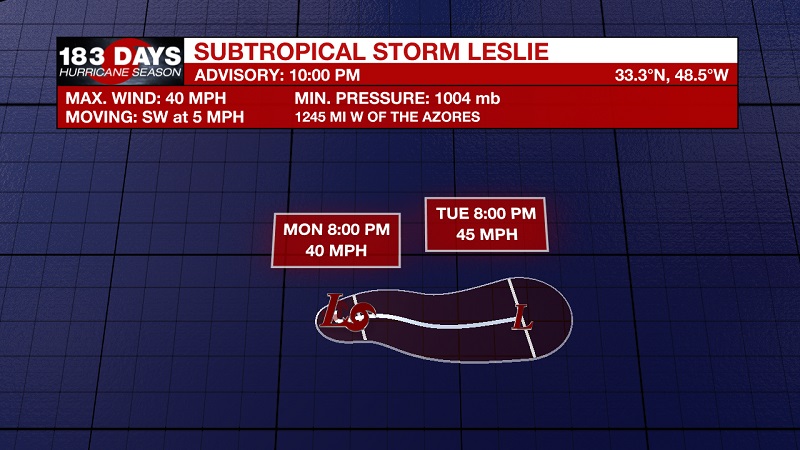 We are also continuing to track two tropical waves in the Central Atlantic. The first is located about 375 miles southwest of Bermuda, and continues to produce limited shower and thunderstorm activity. Environmental conditions are forecast to become a little more conducive for development during the next couple of days while the system moves slowly west-northwestward over the southwestern Atlantic. The low is forecast to turn northward by Tuesday night, and pass near the southeastern United States coast on Wednesday. After that time, upper-level winds are forecast to become less favorable while the low begins to move northwestward, away from the east coast of the United States. The National Hurricane Center is forecasting a 30% chance of tropical development over the next 2 days, increasing to a 40% chance over the next 5 days. 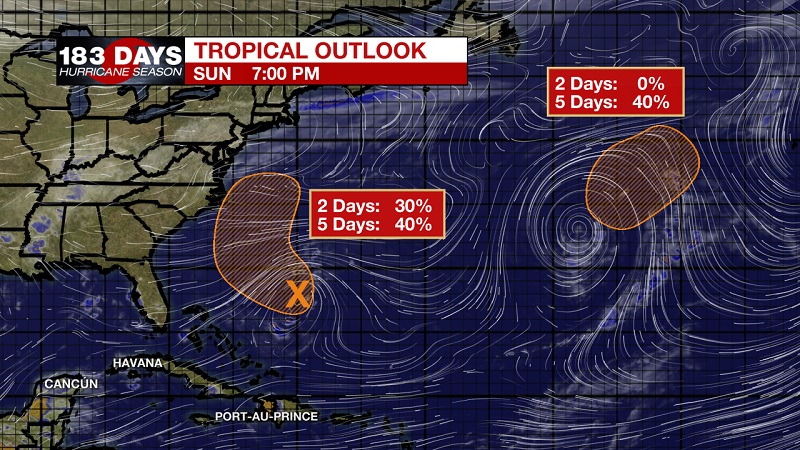 The second wave is a non-tropical low pressure system that is expected to form north of Subtropical Storm Leslie along a central Atlantic cold front by Wednesday. Leslie and the non-tropical low are forecast to merge over the central Atlantic where conditions appear conducive for the resulting low to acquire subtropical or tropical characteristics by the latter part of the week. The National Hurricane Center is forecasting a 40% chance of tropical development within the next 5 days.

A stalled cold front to our north and west is continuing to pull Gulf moisture onshore over the next several days as this front stalls. Several localized low pressure centers are developing over East Texas, making this onshore flow more efficient over the next 48 hours. This front will dissipate as we proceed into the Tuesday and Wednesday, but another cold front from the northwest will approach just in time. This second front will inevitably take the place of the original front, and push a little further south into Louisiana. Some models are suggesting encroachment as far south as the I-10 corridor Wednesday and Thursday before it falls apart. Regardless of actual location, it will bring scattered to widespread showers and storms across our area. This will also help to cool temperatures slightly into the mid-80s Tuesday through Thursday. Showers will become more isolated Friday and Saturday as the front breaks up, also helping to bounce high temperatures back into the upper 80s to low 90s.