Warmer up top drier down low, more action into next week

Friday and Saturday will continue a trend of less active afternoons in terms of showers and thunderstorms. Thursday’s forecast for isolated action was good. A caveat is that while geographically only about 20 percent of the forecast area saw rain as expected, a large part of the population received rain as one of the lone showers was right over Baton Rouge!

Today and Tonight: Temperatures will climb into the upper 80s by lunchtime and top out in the low 90s Friday afternoon. Isolated showers and thunderstorms will be able to develop but only about 20 to 30 percent of the 13 Parish, 3 County forecast area will receive rain. As per usual with summer storms, downpours and frequent lightning are possible. Overnight, thermometers will dip back into the mid 70s and showers end.

Up Next: Saturday will be a continuation of seasonable weather. The atmosphere will destabilize on Sunday into early next week meaning that scattered to widespread showers and thunderstorms will be possible each afternoon. On days that rain is more prevalent in the afternoon, highs may be reduced by a few degrees stopping in the upper 80s. 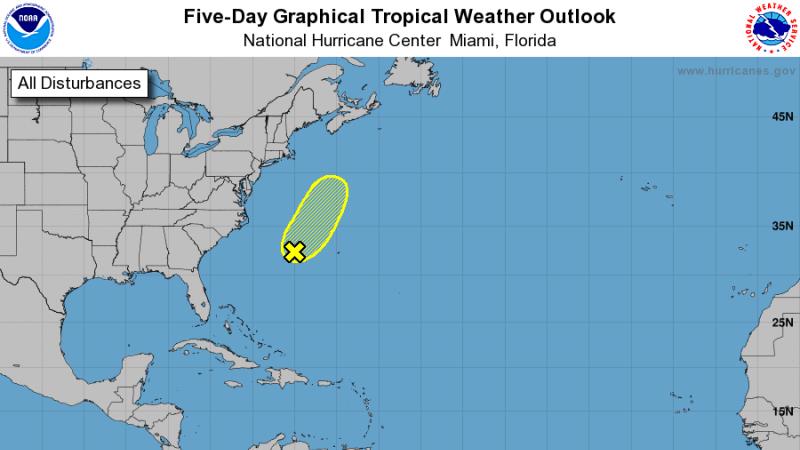 The Tropics: Chris has become a strong non-tropical storm system in the far northern Atlantic Ocean. Elsewhere, the remnants of Beryl continue to hang on west of Bermuda. This weak cluster of showers and thunderstorms is running out of time and space to reform and the National Hurricane Center now only gives a 30 percent of development.

A 500mb ridge will push a bit further south on Friday and Saturday, increasing subsidence and decreasing but not eliminating rain chances. This upper level ridge is characterized by slightly warmer than average temperatures in the atmosphere and therefore more stability (see associated image). Other than that feature, the main driver of our weather is the diurnal heat cycle with daytime heating and marine breezes dictating to development and motion of showers and thunderstorms. Because there are no significant steering winds, slower thunderstorms will be capable of downpours and nuisance flooding along with frequent lightning. By the end of the weekend, forecast models again shunt the ridge northwest as a large, longwave trough digs into the Eastern U.S. This will greatly diminish the amount of subsidence in the atmosphere and lead to scattered to widespread showers and thunderstorms through at least Tuesday. Overall, very typical July weather will stay in the forecast through the middle of next week. On quieter days, rain coverage will be around 20 – 30 percent, increasing to 60 – 70 percent on more active days. High temperatures will fluctuate a few degrees around average depending on daily rain coverage. Lows will be steadily in the mid 70s.