Showers and thunderstorms certainly popped in greater number on Wednesday. This trend should continue on Thursday and Friday.

The Next 24 Hours: Tonight, showers will end followed by partly cloudy skies. If the clouds offer enough breaks, you will have one more opportunity to view the Perseid Meteor Shower. For best viewing times and tips, CLICK HERE. Winds will remain calm with low temperatures in the mid 70s. On Thursday, morning sunshine will allow temperatures to race into the low 90s before topping out around 92 degrees close to 1pm. By that time, showers and thunderstorms should be able to develop, to the tune of scattered (50 percent) coverage in our forecast area.

The Long Term Trend: Similar activity is expected for Friday and Saturday. Typical for the time of year, morning sunshine will drive highs into the low 90s before scattered showers and thunderstorms develop near peak daytime warming in the early afternoons. Overnights will be quieter with lows in the mid 70s. Precip. chances will trail off a bit by early next week. A weak front may make it into the region by Tuesday to swipe away some humidity, possibly followed by a secondary front, which could deliver some dry air. 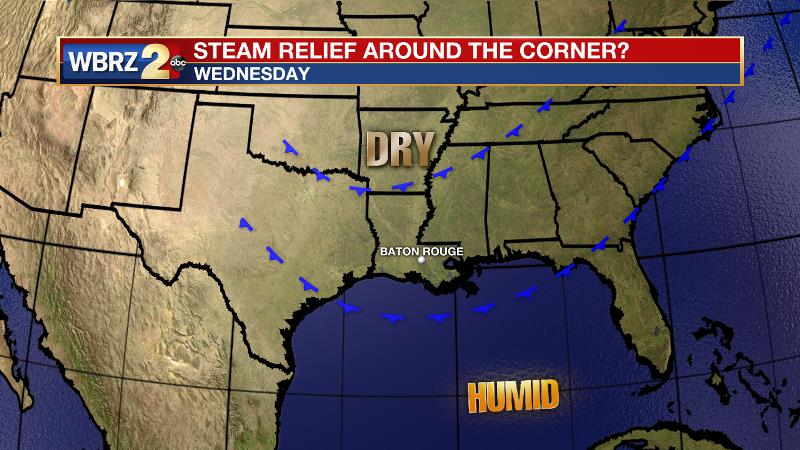 The Tropics: Tropical Depression Eleven is about 1,200 east of the Lesser Antilles. The depression will continue west-northwest at about 15 mph and likely strengthen into Tropical Storm Josephine within the next 24 hours. This system will encounter some dry air and struggle for survival by early next and does not pose a threat to the Gulf Coast. 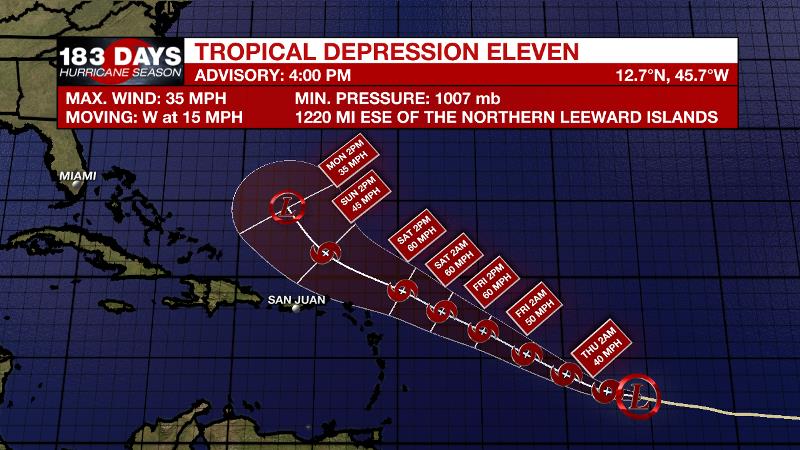 The Explanation: A shortwave trough of low pressure and higher atmospheric moisture will slowly traverse the region to end the week. These features will contribute to scattered showers and thunderstorms breaking out each afternoon. Daytime warming will be the primary trigger for convection, followed by outflow boundaries as initial storms decay. Model evaluations reveal areas of positive vorticity embedded in the air flow aloft which may serve as additional triggers for convective development Thursday through Saturday. Nights will be quieter, but muggy. The trough will slide east on Sunday and the shower count may decline a bit into early next week. A few more shortwaves will dig into the existing trough over the Southeast and really amplify the pattern by the middle of next week. The result could be a significant ridge in the west with an equally substantial trough in the east. Northwesterly winds aloft may help to usher a few weak fronts into the region thereby lowering dew points for the middle of next. If this occurs, we can expect drier, less humid afternoons and some morning lows in the upper 60s and lower 70s.