Tropical Storm Nicholas has formed in the southwestern Gulf of Mexico. While the system may not make a direct hit on the Baton Rouge area, heavy rain could become a concern early this week. Expect the National Weather Service to issue a FLASH FLOOD WATCH for at least part of our viewing area.

***Tropical Storm Nicholas has formed in the southwestern Gulf of Mexico*** T.S. Nicholas currently has winds of 40 mph and is moving north-northwest at 13 mph, and a north-northeastward motion is forecast by late Monday or Monday night. Stay tuned to WBRZ for the latest updates. pic.twitter.com/iSyt9l0OFN

As of Sunday morning, Nicholas had maximum sustained winds of 40 mph and was moving north-northwest at 13 mph, and a north-northeastward motion is forecast by late Monday or Monday night. The storm will bring heavy rain to much of an already saturated south Louisiana. Nicholas is expected to slightly strengthen over the next few days, and may become a hurricane before taking aim at the Texas Coast this week. 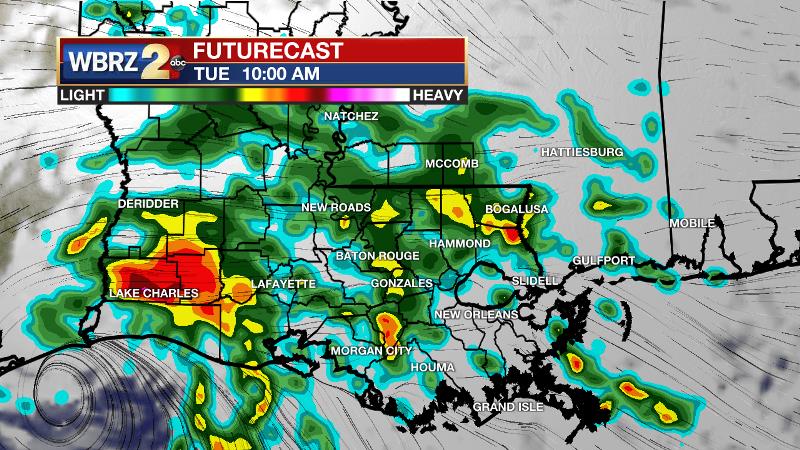 T.S. Nicholas will force an abundance of tropical moisture over portions of south Louisiana that will result in the production of heavy rain and possibly localized flooding. Scattered showers and thunderstorms are anticipated as early as Sunday afternoon and then will occur in batches through the middle of the week. It appears that the heaviest rain will occur Tuesday morning through the night with rainfall amount reaching anywhere from 1 to 4 inches with localized heavier amounts of possibly 5 to 6 inches--especially for points west of Baton Rouge. The added rainfall and cloud cover in the forecast will keep high temperatures in the low to mid 80s. It will be humid though, with low temperatures in the low 70s. The earliest the area could start to dry out is Friday. 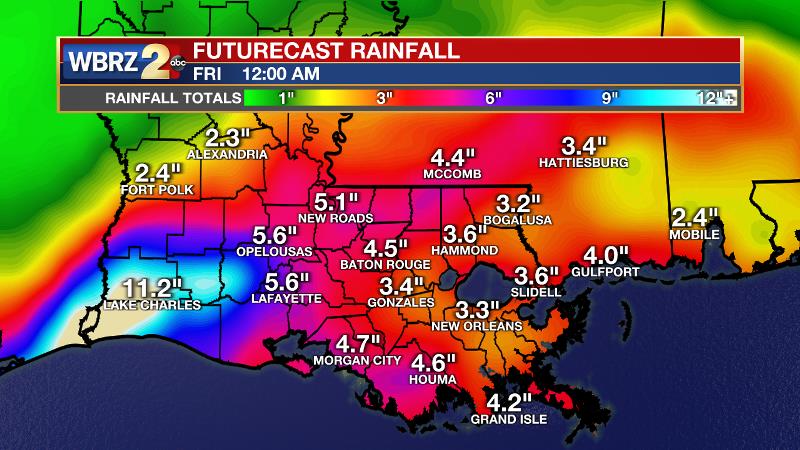 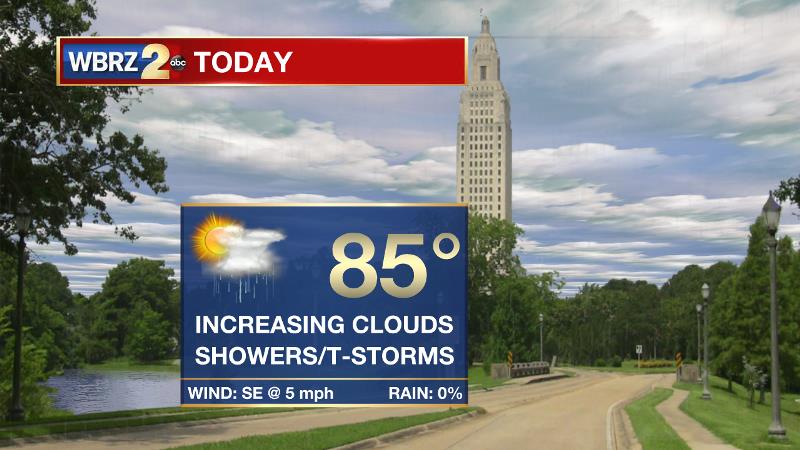 Need weather conditions HOUR BY HOUR? Get hour by hour weather and right now weather conditions for your location on the WBRZ WX App on your Apple or Android device. Follow WBRZ Weather on Facebook and Twitter for even more weather updates and unique weather insight from the whole team!