LOS ANGELES, California - An officer-involved double-shooting that a Los Angeles Police Chief is referring to as “devastating and tragic,” led to the accidental death of a teenage girl as an officer shot and killed a nearby suspect.

The incident unfolded Thursday morning at a North Hollywood area Burlington clothing store where the teen who was fatally shot happened to be trying on dresses for a quinceañera. 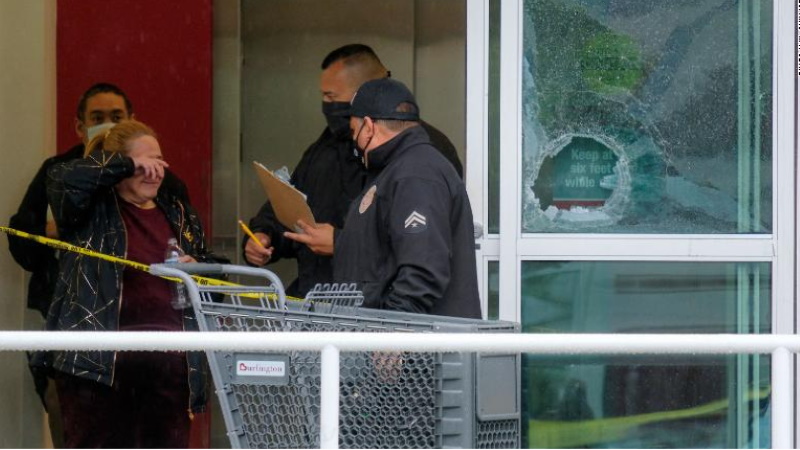 According to CNN, the teenage girl who died was only 14 years old.

She was in one of the store's dressing rooms with her mother while a police officer outside was firing their weapon at a man suspected of attacking someone.

One of the officer's shots went through the wall of the dressing room where the girl was, killing her.

Los Angeles Police Department Assistant Chief Dominic Choi confirmed the incident to a group of reporters during a press conference, saying, "Preliminary, we believe that round was an officer's round."

While police knew the suspect was believed to be attacking someone at the store, Choi said investigators are still working to determine the suspect's motive and what type of weapon he had. A steel or metal cable lock was found nearby, and investigators believe it was involved.

Police also said they're still trying to establish what connection -- if any -- there was between the suspect and the victim of the assault.

According to LAPD, the assault victim was brought to a local hospital with head and arm injuries.

Moore said, "This chaotic incident resulting in the death of an innocent child is tragic and devastating for everyone involved, I have directed the release of the critical incident video by Monday, December 27th, which will include the 9-1-1 calls, radio transmissions, body worn video and any CCTV and other evidence gathered at this preliminary stage."

According to California Atty. Gen. Rob Bonta, the state Department of Justice will investigate the shooting, and any findings will be turned over to the department’s special prosecutions section for independent review.