SHREVEPORT - Authorities in Shreveport are searching for a suspect tied to the brutal slaying of three people, one of whom was a 12-year-old child.

Local news outlet, KTBS reports that the bodies were discovered Thursday morning in the 400 block of W. 82nd Street near Linwood Avenue. 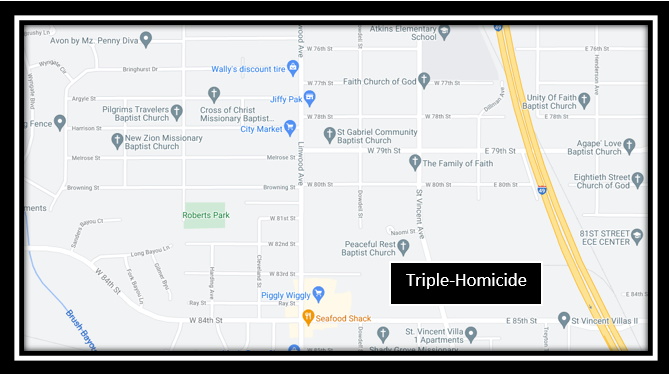 A woman happened to find the deceased victims when she went to the home to check on a family member. The woman said it was around 2 a.m. and the back door was open. She walked into the house and saw the bodies of a man, a woman, and a child.

Authorities say all three victims were shot, and they believe the incident may be domestic-related.

Rigsby remains at large and police say he may be driving a burgundy Dodge Journey. They've also warned that he is considered armed and dangerous.

Warrants have been issued for Rigsby’s arrest, charging him with three counts of second-degree murder and his bond has been set at $3,000,000.

Anyone with information about this case should call Caddo-Shreveport Crime Stoppers at (318) at 673-7373.