As spotty showers are more frequent during this time of year, Baton Rouge roadways are more susceptible to flooding. The Baton Rouge Police Department released an official list of locations that have preset barricades on the roadways in case of a weather event.

These locations are more likely to flood during heavy rainfalls, so the list was created to prepare residents for possible closures.

It is important that citizens consider these preset barricade locations during flood warnings. The list includes the streets and cross streets of each preset area. 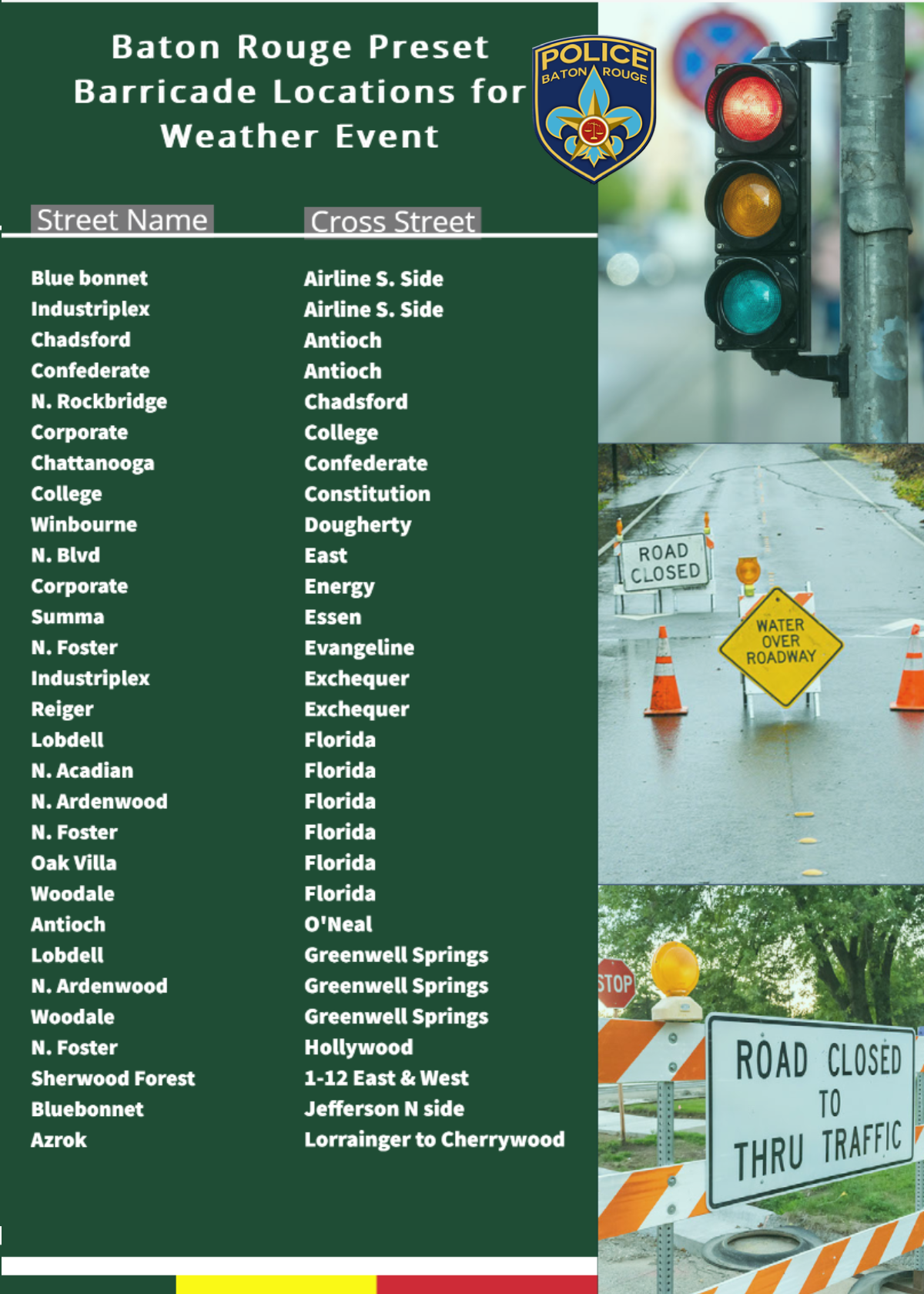 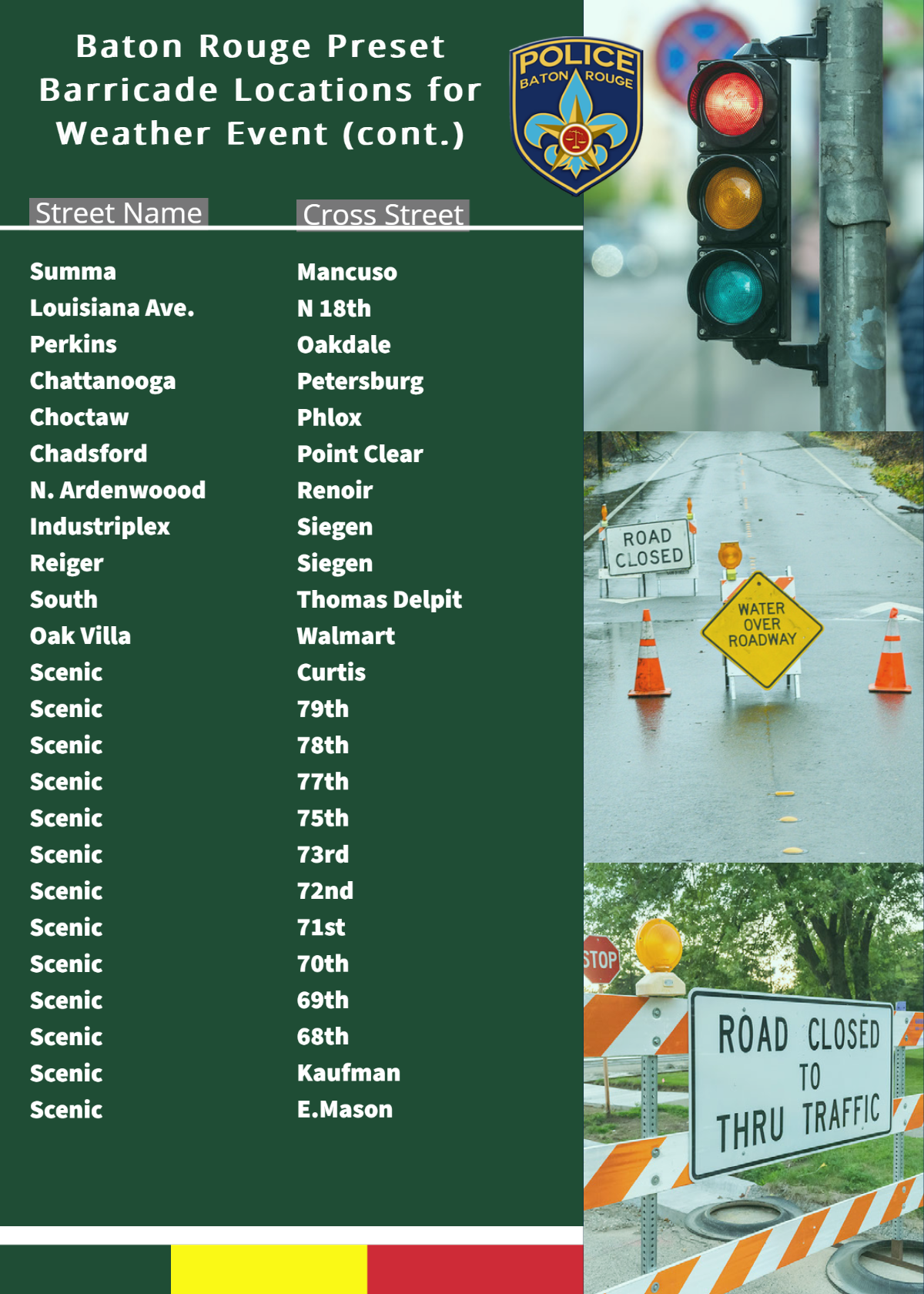