DENVER, Colorado - A father and his 3-year-old son were enjoying breakfast at Whole Foods when a customer interrupted the two, angrily accusing the father of kidnapping the boy.

A mother and her young son were taking pictures at a Tennessee photo booth when the photo booth worker stopped them and confronted the mother, accusing her of kidnapping the little boy.

In a similar case, as a father was struggling to get his 6-month-old daughter into his car, he was approached by an officer who suspected him of kidnapping the little girl.

The parents in all three of the cases above were deemed suspicious because they were not the same skin color as their children.

According to the Census Bureau, an increasing number of families look this way, as 20.3 million people in the U.S. now identify as multiracial.

Despite this growing number of mixed-race families, many parents of biracial (or adopted) children continue to report shocking cases of apparent racial profiling that leave both parent and child traumatized.

Mary MacCarthy, the single mother of a ten-year-old biracial girl, says she and her daughter were the victims of one such traumatic incident when they caught a last-minute flight to Colorado. 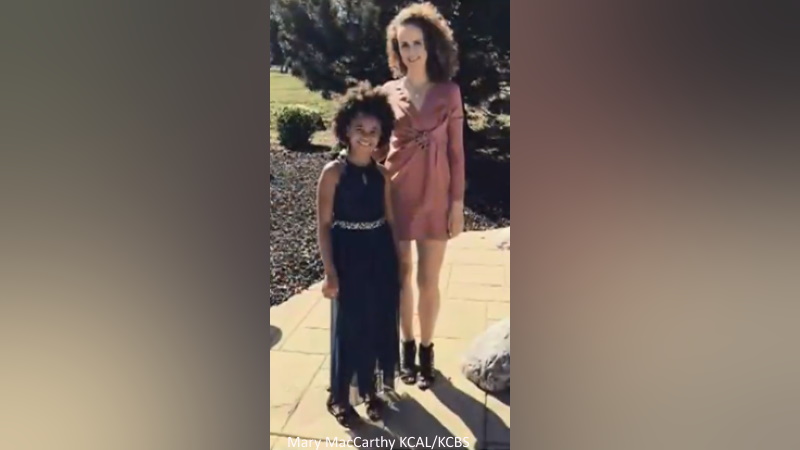 According to Los Angeles ABC affiliate, KCAL/KCBS, when McCarthy learned that her brother passed away she and her daughter made last-minute arrangements to attend his funeral in Denver via Southwest Airlines.

But after a layover, when the mother-daughter duo boarded their connecting flight, McCarthy realized they couldn't be seated together.

She explained her situation to flight attendants, who insisted nothing could be done.

Unwilling to let her grieving daughter sit alone, McCarthy then spoke with fellow passengers who kindly agreed to switch seats so the two could be together.

The problems didn't end with the seating incident.

After their plane landed, as MacCarthy and her daughter were on the jetway, they were approached by two Denver Police Officers.

Video of the incident records one official telling MacCarthy, “The flight attendants were just concerned about the behavior when you boarded the aircraft. That’s all we’re following up on. We’re not suspecting anything."

In an email to Southwest Airlines, she said, "I got quite a shock; having lost my brother the night before, I thought that someone else in my family had died and that police had been sent to deliver the news!"

"As for my daughter, she was terribly frightened: she was already experiencing the trauma of her uncle's death, and she is scared of police due to constant headlines about how police treat Black people. She began to sob and was inconsolable," her email said. 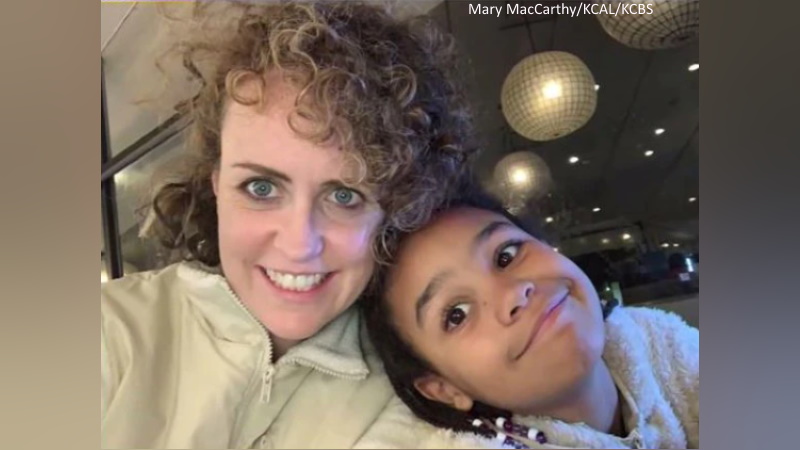 The officers assured her nothing was wrong but said they wanted to question her.

Eventually, the matter was solved and, according to a report from the Denver police, "Both Mother and child were cleared."

Apparently, flight attendants contacted the police for "suspicious behavior" after MacCarthy asked other passengers to switch seats so she could sit with her daughter.

MacCarthy, who videoed the entire incident, hired an attorney, and is now demanding accountability from Southwest Airlines.

She's requesting a written apology from the airline, reimbursement of the full price of their tickets, and "additional compensation to account for the trauma imposed on an innocent family, and especially on a grieving ten-year-old Black girl."

According to CNN, Southwest Airlines issued the following statement regarding the incident:

"We are conducting a review of the situation internally, and we will be reaching out to the Customer to address her concerns and offer our apologies for her experience traveling with us. Our Employees undergo robust training on Human Trafficking. Above all, Southwest Airlines prides itself on providing a welcoming and inclusive environment for the millions of Customers who travel with us each year."

Though racial profiling is not limited to one particular race, a recent poll indicated that 71 percent of Black Americans said they'd experienced some form of racial discrimination or mistreatment during their lifetime.