BATON ROUGE - Officials in the capital city are taking steps to remove debris from the May storm that caused dozens of evacuations and resulted in hundreds of flood-damaged homes.

Some homes within East Baton Rouge Parish were flooded with a foot or more of water, and local officials say that an estimated 22,000 cubic yards of flood debris have already been placed along roadways.

Members of Jefferson Baptist Church are among the many volunteers who've spent days gutting homes and preparing the structures for extensive repairs.

Some of the volunteers have noticed that it's been a while since the storm, and the city-parish has yet to pick up debris.

Raymond Dupuy, a Jefferson Baptist volunteer touched on this when he said, "We're having to take everything out the house, it's all wet, nothing's salvageable. So we'll just put it out here and hope and pray the city will pick it up."

According to a recent news release from the city parish, emergency debris removal is scheduled to begin, "Thursday afternoon throughout the City of Baton Rouge and unincorporated areas of East Baton Rouge Parish."

Officials also created a flyer detailing how to sort debris that needs to be picked up. An image of the flyer is below. 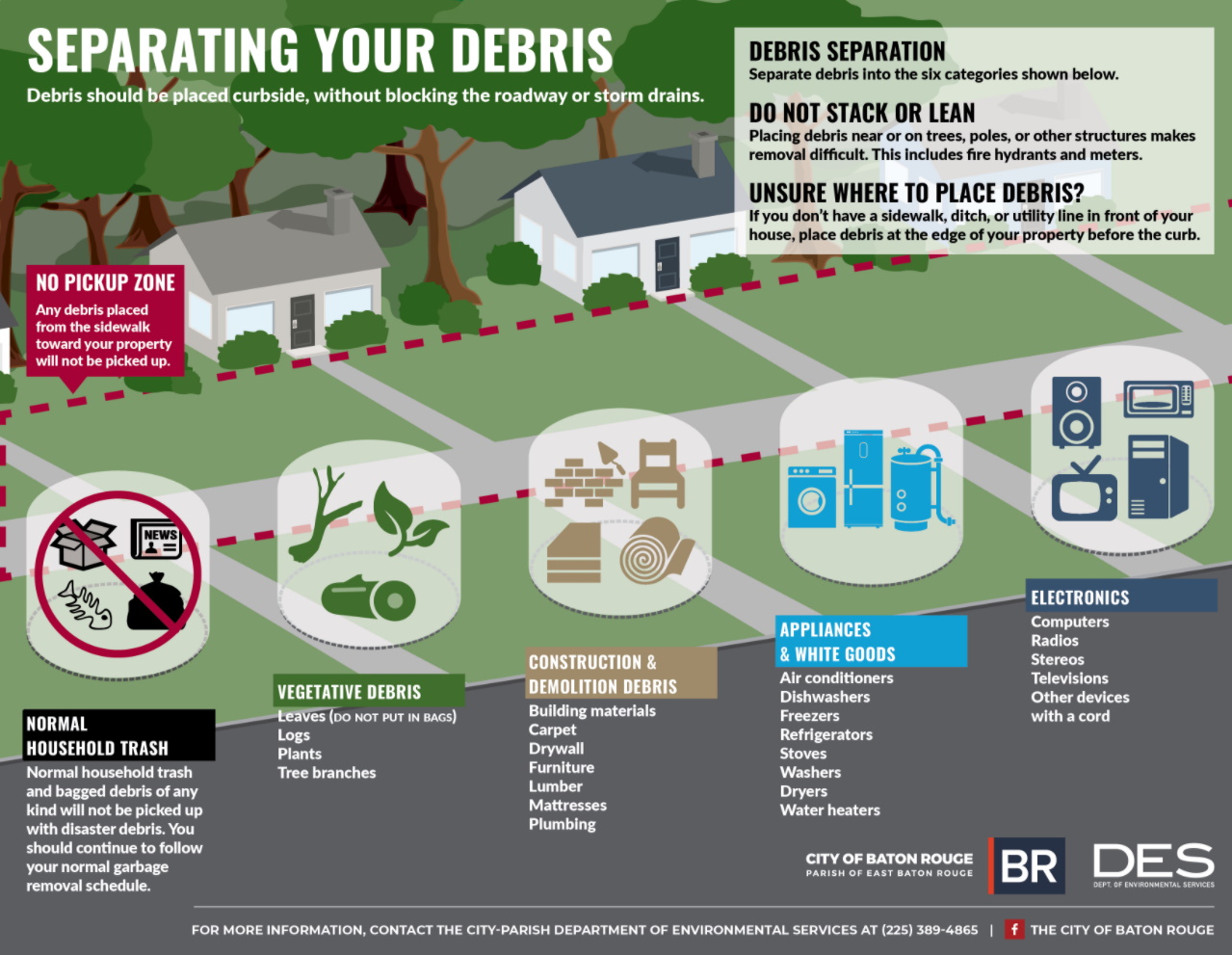 In addition to this, the mayor's office is urging residents to complete an online Damage Assessment Survey at brla.gov/emergency or damage.la.gov.

The deadline to complete the survey is Tuesday, June 1.