NEW ORLEANS - Organizers with the New Orleans Jazz and Heritage Festival released the full schedule for performance times and stage assignments for the 2019 festival. 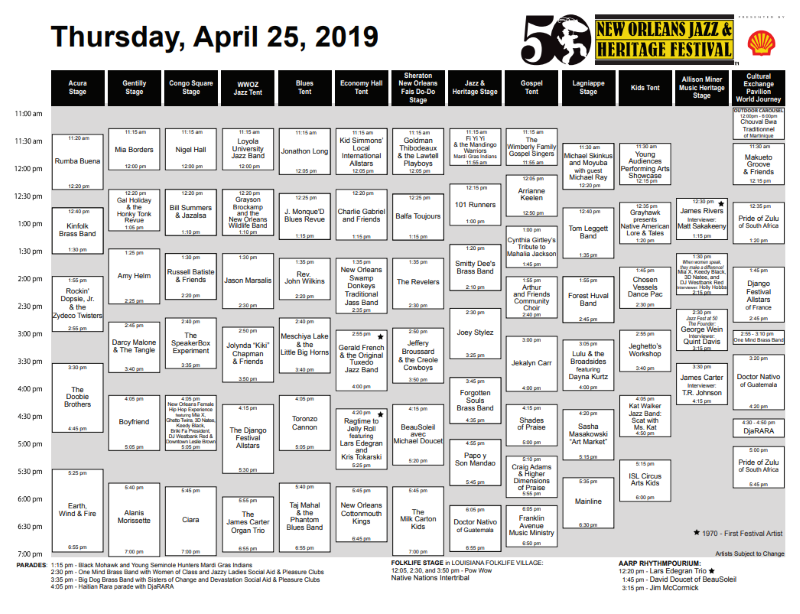 This year's festival is set for April 25-28th and May 2-5. The Rolling Stones are headlining the 50th anniversary of the festival. Organizers said a "very limited" number of tickets for their May 2 performance will be released Thursday starting at 10 a.m.

There are several other performers set to appear at this year's festival including Dave Matthews Band, Katy Perry, Pitbull, and Diana Ross.