If you like it cold, Halloween will be a treat

A Halloween cold front will leave behind the chilliest air mass so far this fall season. Generally quiet weather will persist into early next week.

Today and Tonight: Rain will end for all by 11am Thursday, if not sooner. Some sun will break out by early afternoon. With northwesterly winds taking hold behind the front, expect steady or falling temperatures for most of the daylight hours. Morning temperatures near 50 degrees will not move much before dusk. Trick-or-treaters will want to bundle up for the evening fun. Thermometers will quickly fall into the 40s after sunset. Beneath clearing skies, continued northerly winds will lead to low temperatures in the mid to upper 30s for the first time since April 2. 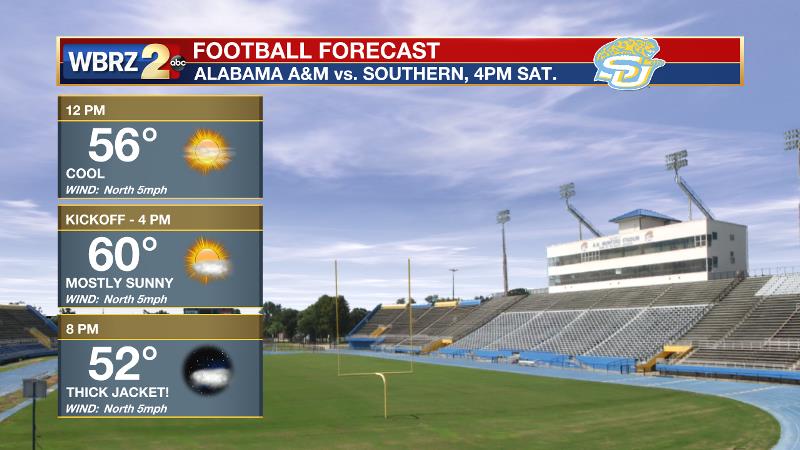 Up Next: Friday through Sunday will be mainly clear with highs in the low 60s and lows in the low 40s. A reinforcing cold front is expected to pass on Saturday. The may result in passing mid to high clouds but no precipitation. The homecoming forecast on The Bluff is a good one with some sun and cool temperatures. Some temperature moderation will begin on Tuesday. 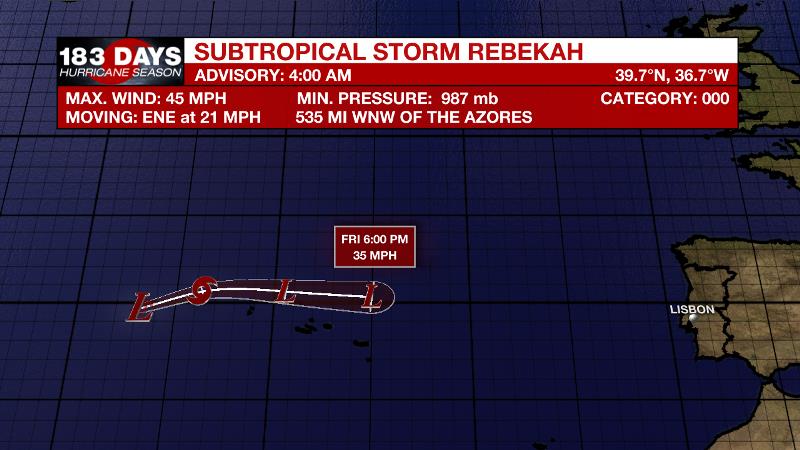 The Tropics: Subtropical Storm Rebekah has formed in the northeastern Atlantic. With 45mph winds, the storm will dive southeast on Friday and fall apart near the Azores.

As a cold front sweeps east through the morning hours, northwesterly winds will quickly dry and cool the atmosphere. Showers will end through the mid-morning hours and low clouds will then break from west to east. Some sun will return during the afternoon hours. 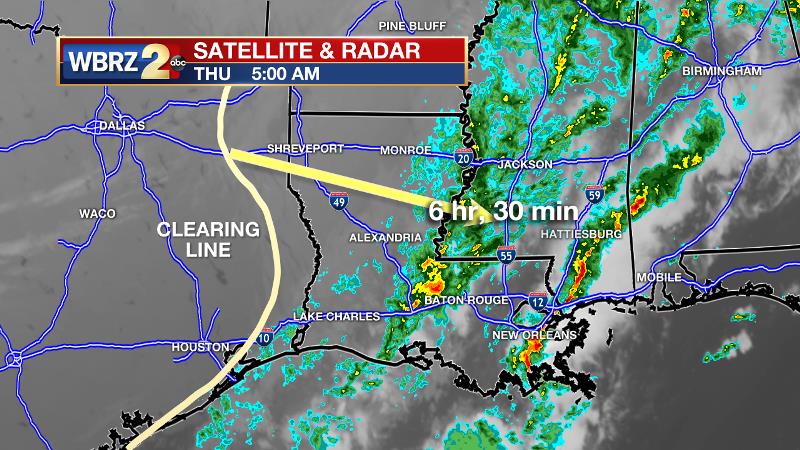 Despite this, significant cold air advection behind the front will cause temperatures to fall through most of Thursday all the way through to Friday morning. With brisk, north winds of 10-15mph, trick-or-treaters can expect chilly conditions with readings in the upper 40s. By Friday morning, lows will bottom out in the upper 30s for locations north of I-10. A reinforcing front will pass on Saturday. Some mid-level moisture could result in a few clouds, but not enough deep moisture will be available for any showers. This front will maintain quiet, cool weather through Monday with highs near 60 and lows near 40.