Drought conditions are spreading across all of Louisiana

2021 ended as the third wettest year on record for the city of Baton Rouge.

Seven months out of the year recorded above average rainfall totals. But October, November and December were among some of the driest months in the record books. CLICK HERE to read the full breakdown of the rain statistics for Baton Rouge in 2021.

The fairly dry weather pattern has carried over into 2022, with less than an inch of rainfall recorded so far at the airport in Baton Rouge. On average we see 2.49" of rainfall in the month of January. 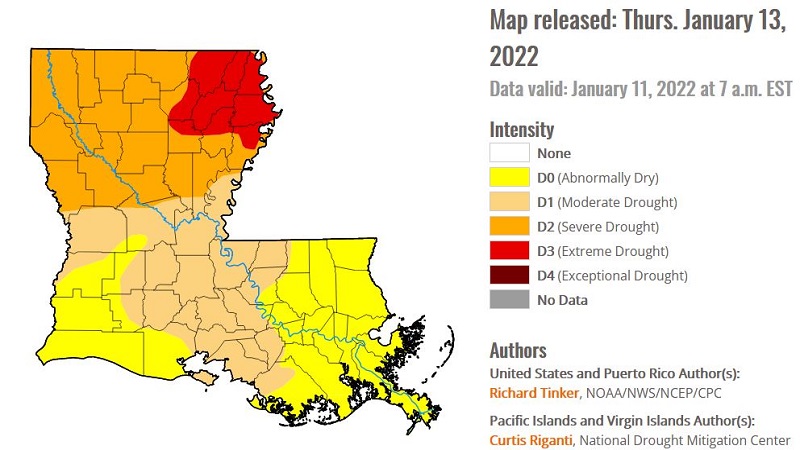 All of Louisiana is currently in a level of drought. The most significant drought conditions are across northern Louisiana.

Even with a cold front on its way this weekend bringing a chance for rain, most of the area will receive less than an inch of rainfall over the next seven days.

We are currently in a La Niña winter, which typically leads to a mild and dry weather pattern across the southeast United States. The jet stream sets up across the central United States, keeping the majority of the precipitation and colder temperatures farther north.