GONZALES - A man is in jail after a concerned neighbor posted photos online of his dogs chained up outside his home.

The social media post showed two dogs tied up outside a house in Gonzales using a very short leash. The poster claimed they'd seen and heard the dog's owner abuse them, and that numerous calls were made to law enforcement. 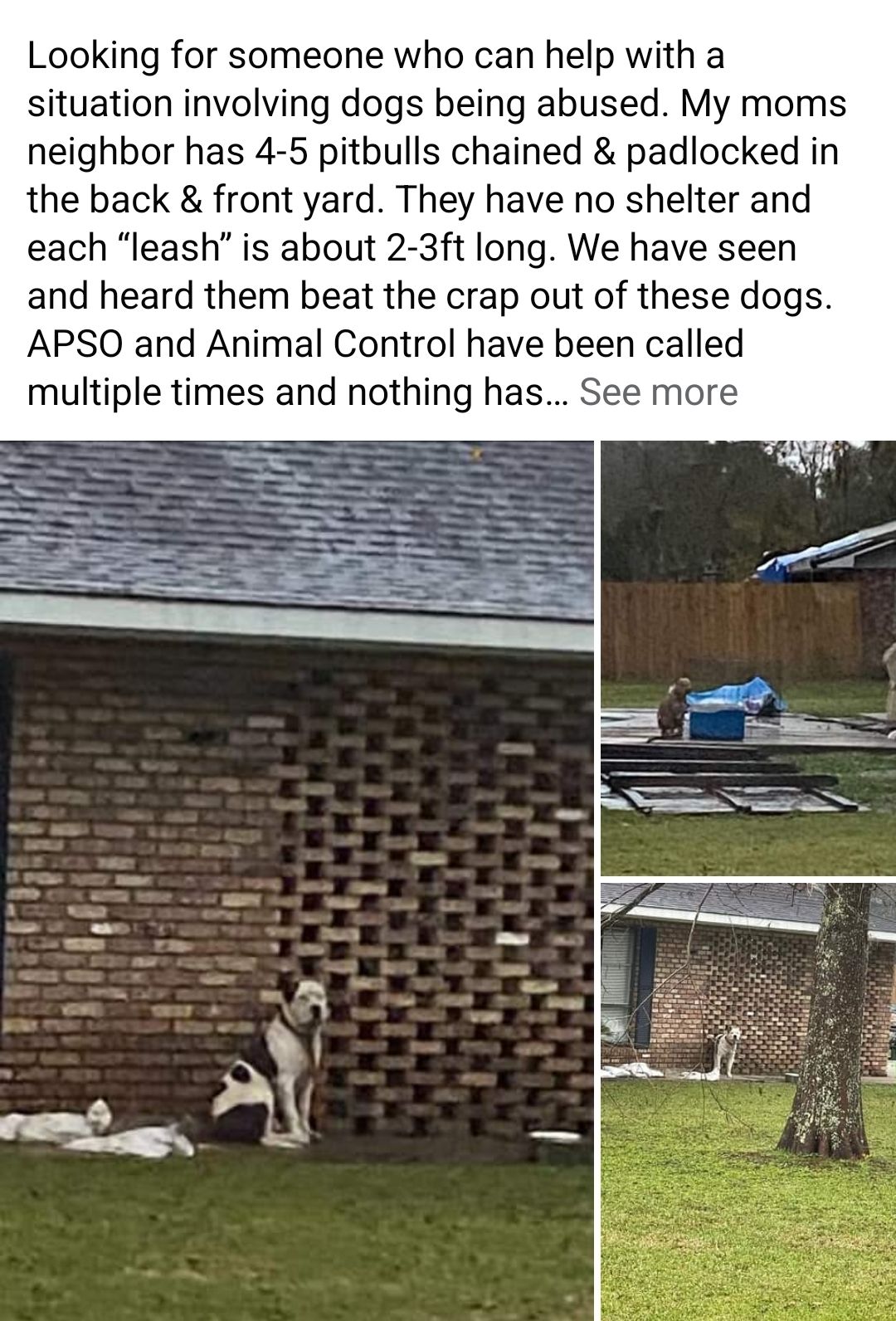 According to the Ascension Parish Sheriff's Office, deputies made multiple attempts to contact the owner with no success. All four animals were evaluated and removed from the property on Thursday.

The owner, Frank Bell Jr., was arrested Thursday on four counts of cruelty to animals.