ELIZABETHTON, Tenn. - Reports say Dale Earnhardt and his wife both survived after their small plane crashed to the ground and caught fire.

According to WJHL, the crash happened Thursday afternoon at the Elizabethton Airport in Tennessee. The Earnhardts were reportedly on board with their child and dog, along with the pilot and one other individual.

Dale Jr. was taken to a hospital with some cuts and abrasions, but no serious injuries have been reported. 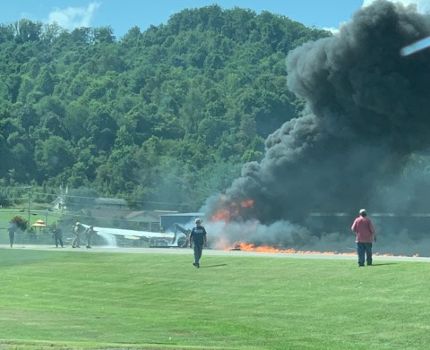 Video from the scene show the private plane in flames on a tarmac.

It's unclear at this time what caused the crash.