ASCENSION PARISH - Ascension Parish Sheriff Jeff Wiley says he plans to discipline one of his deputies after the officer shared a 'controversial' image on social media.

A photo sent to the sheriff's office and WBRZ shows the deputy sharing a photo concerning people who protest during the national anthem. 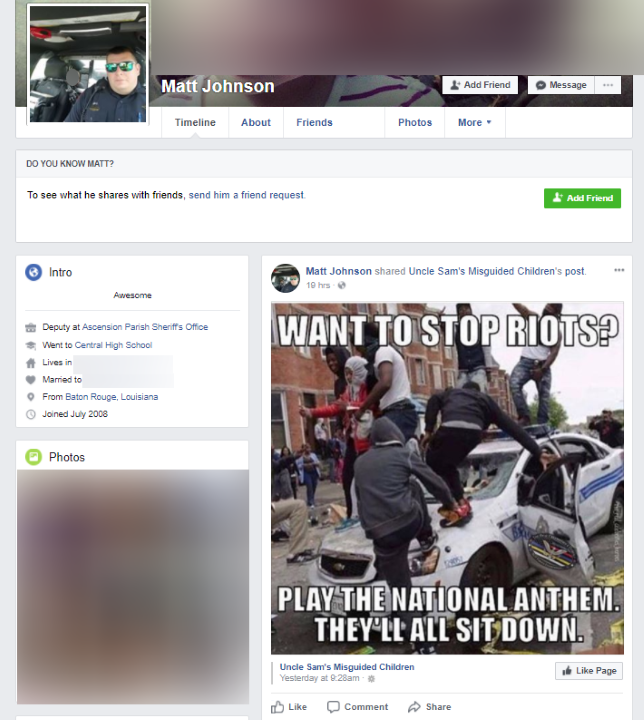 Wiley addressed the photo in an email Tuesday afternoon, noting that that it was the first time he had been made aware of the post. The sheriff says Deputy Matt Johnson will be "counseled" on the breach of policy.

The post has apparently been taken down at the time of the sheriff's statement.