Another Heat Advisory for Sunday

Tonight and Tomorrow: A clear and mild night ahead. Temperatures will be slow to cool, breaking down to an overnight low of 75°. Another scorcher on Sunday, as a Heat Advisory will be in effect from 10 AM until 6 PM. Temperatures will break into the 90s around 11 AM, with afternoon highs near 97° and heat index values hovering around 107° through the afternoon. 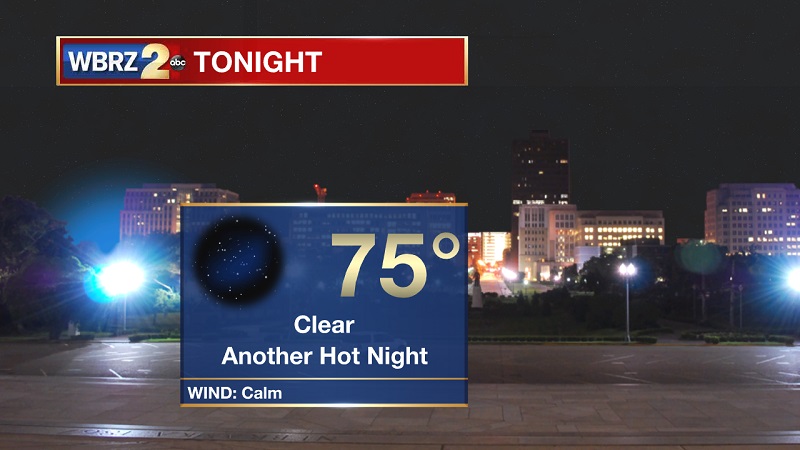 Up Next:  Dry and hot conditions continue into Monday, but moisture will be increasing on Tuesday to return afternoon spotty showers into the forecast.

The Tropics: Dorian is now a post-tropical cyclone still with hurricane force winds. It is currently about 45 miles northeast of Halifax, Nova Scotia with 100 mph sustained winds and moving northeast at 30 mph. This general motion is expected to continue for the next 24 hours. After that, a turn toward the east-northeast is expected. On the forecast track, the center of Dorian should cross the coast of Nova Scotia near Halifax during the next few hours, then move across eastern Nova Scotia into the Gulf of St. Lawrence near Prince Edward Island tonight. The center should then pass near or over northern Newfoundland and eastern Labrador late tonight or Sunday morning. The post-tropical cyclone is expected to weaken during the next couple of days, and it is forecast to drop below hurricane strength by Sunday morning. 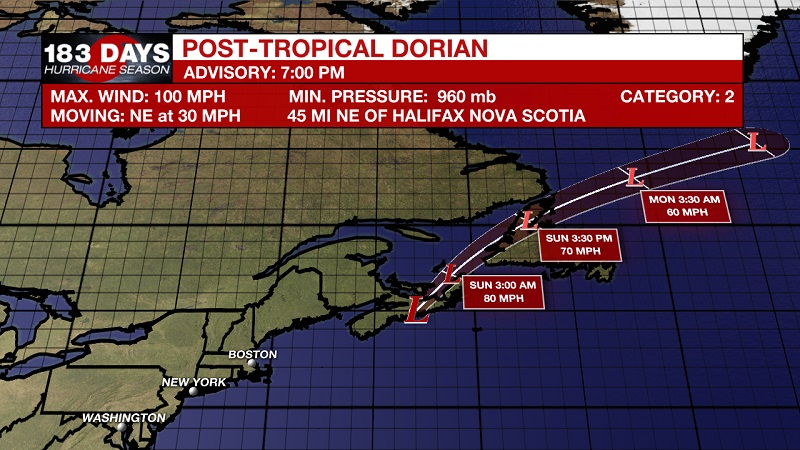 Tropical Storm Gabrielle still moving west-northwest with no change in strength. Currently located about 1180 miles west-southwest of the Azores with 50 mph sustained winds and moving west-northwest at 18 mph. The storm is forecast to recurve over the central Atlantic during the next day or two and then accelerate northeastward into the north Atlantic Monday and Tuesday. 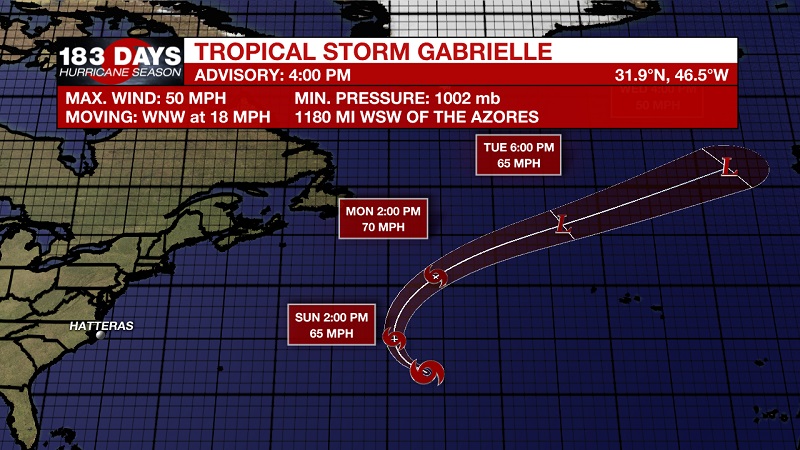 The first is a broad area of low pressure that is continuing to produce disorganized showers and thunderstorms several hundred miles west of the Cabo Verde Islands. Gradual development of this system is possible, and a tropical depression could form by the middle of next week while the system moves westward across the central tropical Atlantic Ocean. The National Hurricane center is forecasting a 10% chance of tropical development within the next 2 days, which increases to a 40% chance within the next 5 days.

The second is an area of disorganized showers and storms that is centered about 300 miles northeast of the northern Leeward Islands and is associated with a broad area of low pressure. Little development of this system is anticipated during the next few days due to strong upper level winds while the system moves north of the Leeward Islands and Puerto Rico. Environmental conditions could become more conducive for development after that time when the system moves slowly west-northwestward over the southwestern Atlantic. The National Hurricane center is forecasting a 0% chance of tropical development within the next 2 days, which increases to a 20% chance within the next 5 days. 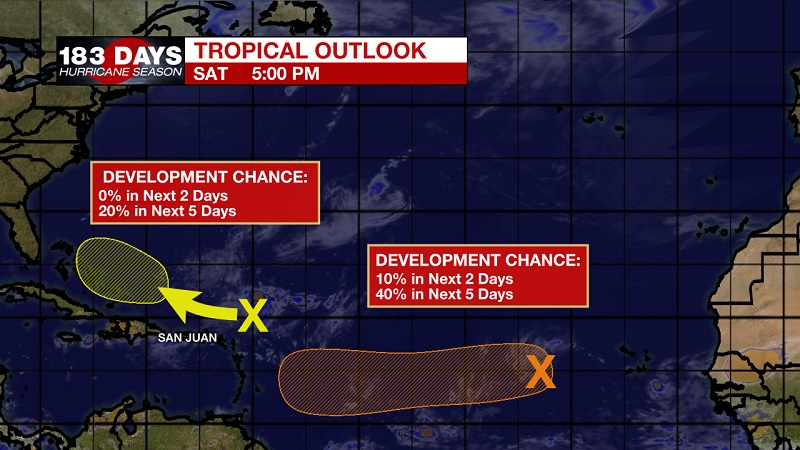 A strong high pressure center is over most of the southeast U.S. through the early part of next week. This will keep highs above normal and in the mid-90s through much of the week. This will also keep dry conditions into Monday, but the high will begin to push more east. As the high presses more along the eastern Gulf of Mexico, we begin to be on the back end of the high pressure. This means that winds will be coming in more from the south than the north, which has been bringing drier air into our area over the last several days. Now with the southerly winds, the moisture content in the atmosphere will be on the rise. Spotty afternoon shower and storms will come back into the forecast beginning Tuesday, and should linger through the rest of the week. 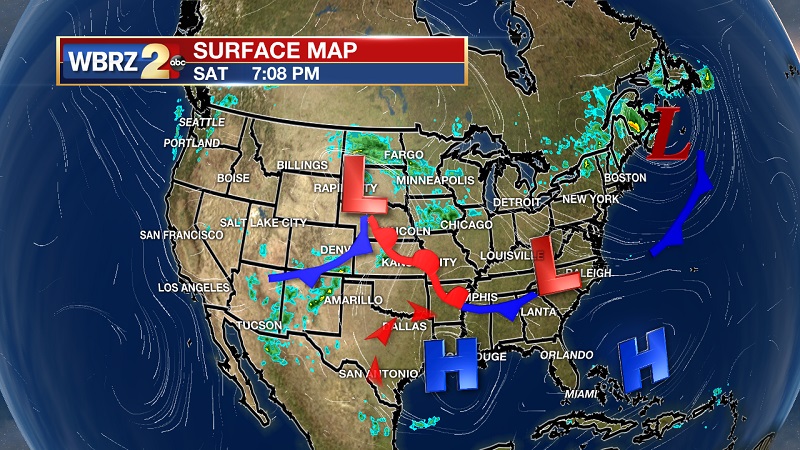