Two girls who have been missing from their Texas home since Saturday may have been abducted by a 44-year-old man, according to authorities.

Luluvioletta Bandera-Margret, 7, and Lilianais Griffith, 14, were last seen in Round Rock, about 20 miles north of Austin, where they both live, according to the National Center of Missing and Exploited Children.

The suspect in the girl's disappearance has been identified as 44-year-old Terry Miles, according to officials. His relationship with the missing girls is unclear. 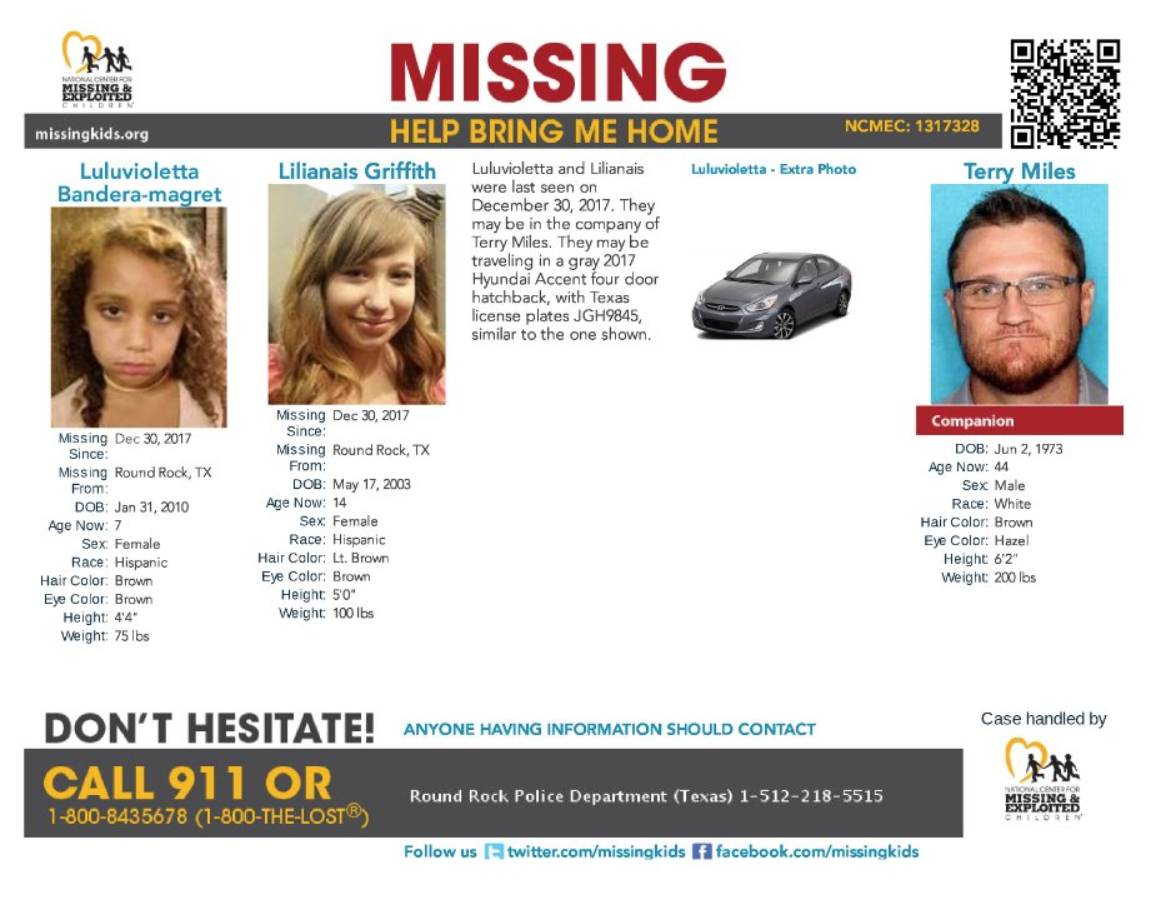 The three may be traveling in a gray 2017 Hyundai Accent with Texas license plate number JGH9845, according to the Texas Department of Public Safety.

Further details on the missing girls were not immediately available.