Temperatures bottomed out in the upper 30s on Thursday morning, just a few degrees below average. Friday morning will be a touch lower than that before a brief warming trend into the weekend.

The Next 24 Hours: With just a few thin clouds and light winds, the coldest temperatures of the week will occur on Friday morning with mid 30s for most and some areas north of I-12 challenging freezing. More sun is in the forecast to end the week with after thermometers squeaking into the low 60s.

After That: A warm front will start to life into the region on Saturday with increasing clouds and south winds to boost temperatures. A run at 70 degrees is possible to begin the weekend. A stray shower or two could develop in the Gulf air mass, but nothing organized is anticipated. 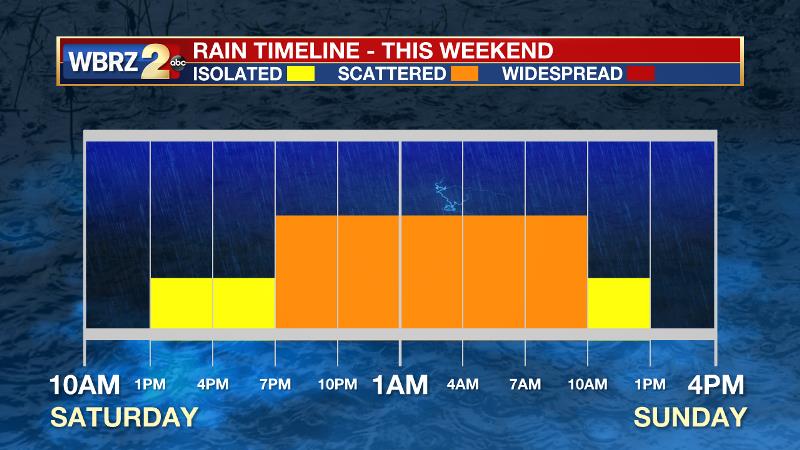 The associated cold front and a broken line of showers will push through the area Saturday night and Sunday morning. Skies should clear quickly behind this front, so given the timing expected as of now, most of the daylight hours this weekend should be dry. Much of early next week will be quiet before we monitor a more impressive storm system for Thursday and Friday. CLICK HERE to view your complete 7-Day Forecast.

The Explanation: Surface high pressure will settle over the region tonight. Clear skies and light winds will set up the coldest night of the week with lows in the low to mid 30s. A brief, light freeze is possible along and north of I-12. Isolated frost is possible elsewhere. An upper level ridge will warm the atmosphere and cause some compressional warming Friday afternoon and Saturday in advance of the next frontal system. The associated upper level trough will invigorate a strong surface low over the Lower Midwest on Saturday. This low will help to pull a warm front north and cause southerly winds to bolster thermometers on Saturday afternoon. Moisture advancing inland could even churn up a spotty shower, but nothing widespread or organized is expected. The associated cold front will push through on Saturday night or Sunday morning with 50 to 80 percent rain coverage expected due to scattered showers. The upper low and surface low will move well north of the local area so the parameters are not supportive of severe weather, and possibly not even any thunderstorms. The storm system will push east of the area on Sunday ending rain chances from west to east during the morning hours. Sun and cooler temperatures will follow to end the weekend. Surface high pressure and northwesterly winds aloft will maintain cool and dry conditions through Tuesday. 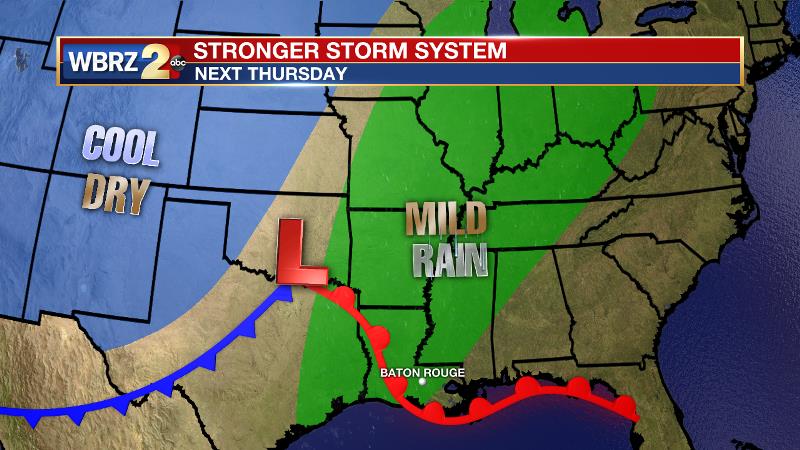 A large, longwave trough will dig into the Southwest by the middle of next week. Moisture will feed from southwest to northeast across the central Gulf Coast setting up a period of rain toward the end of next week. The trough will open up into a positive tilt and slow down which means there are no immediate alarms for severe weather. A much colder air mass is expected to follow that system into the Eastern U.S.