A Chilly Start to the Week

Tonight and Tomorrow: Showers continuing to taper off through the evening, but mostly cloudy skies will stay overhead. After the cold front passes around 6 PM, temperatures will drop swiftly, eventually reaching around 42° for an overnight low. Winds will also be elevated out of the northwest between 10 and 15 mph, which will also be the case through the day on Monday. Sunny skies to start off the workweek, but cool conditions. Highs will stay confined to around 55°, with winds slowing down as we proceed into the evening hours. 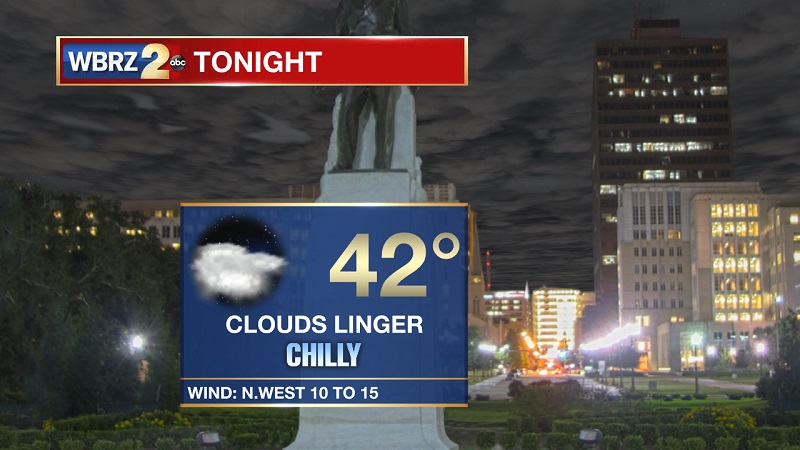 Up Next:  Sunny and cool through the start of the workweek, allowing for low temperatures Monday night and Tuesday morning to hover around freezing. Temperatures will slowly warm through the week, but lows will also drop into the mid-30s Tuesday night as well. Showers return through the end of the week and into the weekend, with strong storms possible on Saturday. Highs will continue to climb into the 60s on Wednesday, and into the 70s on Thursday. 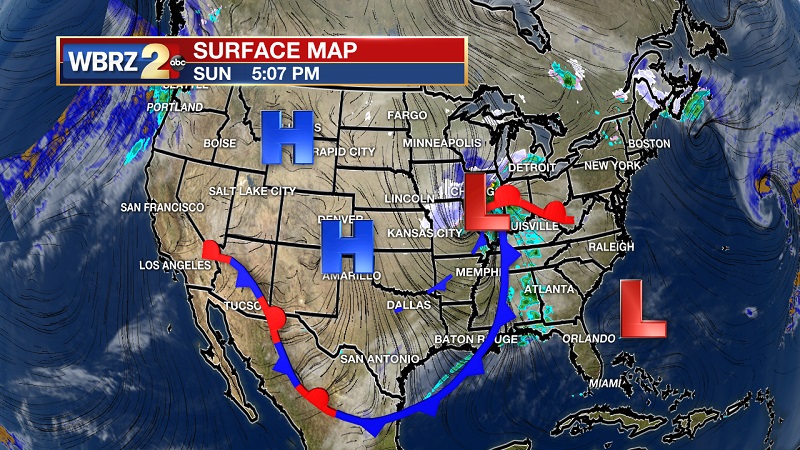 The Tropics: A low pressure system located just south of Bermuda is forecast to become a powerful non-tropical cyclone later today. Conditions are not expected to be conducive for subtropical development while the low moves quickly east-northeastward during the next few days. Although subtropical development is not anticipated, the system is expected to produce gale-force winds over portions of the western Atlantic and near Bermuda today. The low is then forecast to intensify further and could produce winds up to hurricane-force over portions of the central Atlantic by Tuesday. The National Hurricane Center is forecasting a 0% chance of tropical development within the next 5 days.

Strong area of high pressure that extends into the Dakotas will sit in behind the front on Monday, allowing for clear skies and cooler temperatures. This high pressure will stay the dominate feature in the area through the beginning part of the week, and will meander south and dip into the Gulf on Wednesday. This will help to increase temperatures through the midweek, as an approaching frontal system to the west bumps highs back into the 70s on Thursday. Pre-frontal showers will be possible as moisture is pushed onshore Thursday and Friday, before the main front passes through on Saturday. This front is rather stout, as we could experience some strong to severe storms on Saturday. Mostly sunny skies should return on Sunday, with highs staying in the mid-70s.