CENTRAL - A 4-year-old who reportedly got lost during a hiking trip with his father died after he ended up in a freezing cold river on Christmas Eve.

Matias Stricker Abreu was found in a waterway along Frenchtown Road in Central shortly after 3 p.m. Saturday. 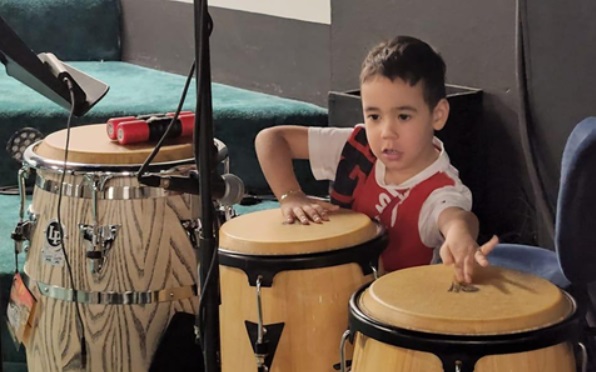 The report came after the child had been missing for about an hour. Shortly after, Central police, the Central Fire Department, East Baton Rouge Sheriff's Office,  St George Fire Department  and other first responders surrounded the premises of the Frenchtown Conservation Area and began looking for the boy.

Central Police Chief Roger Corcoran said the boy wandered away from his father and went missing for nearly 40 minutes before he was found by first responders.

"He walked away from him on the trails, lost contact with him and couldn't find him."

A firefighter located the child in the water before jumping in to save him.

The investigation is being turned over to the sheriff's office.

The manner and cause of the child's death are still under investigation. A preliminary autopsy report released Tuesday could not say exactly how the boy died.

Shane Evans, Chief of Investigations at the East Baton Rouge Coroner's office says it could take at least a month before they know more.

The coroner's office said it would need to perform further examinations to get more conclusive answers.

"We're just as eager to get to that as anyone else but we have to be right," Evans told WBRZ.

There are still no plans for criminal charges in the case for now.

WBRZ has learned more about the family of Matias, notably that the boy's parents had recently divorced. The split was highly contentious with his father trying to get full custody at one point.

Matias' mother has been vocal about the case, saying she wants "justice" for her son's death. The boy's father has yet to tell WBRZ his side of what happened.