It will be a hot first weekend of astronomical fall before a much more comfortable air mass arrives next week. The tropical system that we have been monitoring all week does not look like a threat to the local area.

Next 24 Hours: Another clear and unseasonably mild night is ahead. Low temperatures will bottom out around 72 degrees. It will be a hot start to the weekend. High temperatures will make it into the mid 90s, again challenging Metro Airport records. Mainly sunny skies are expected, so tailgaters are in good shape as is the game for LSU vs New Mexico. 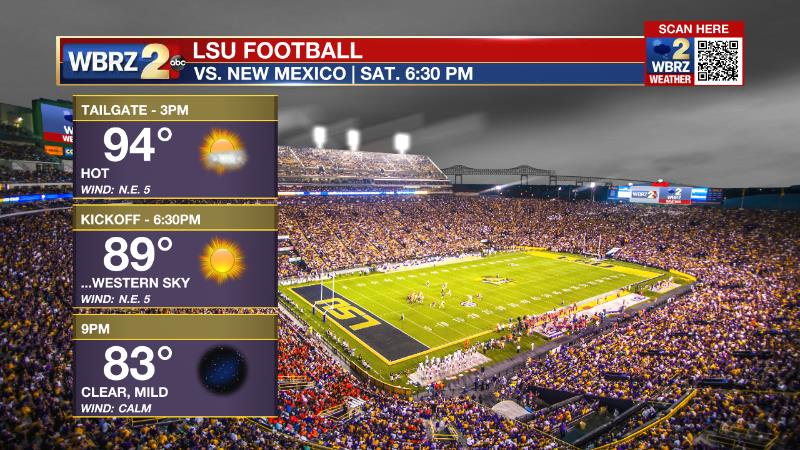 Up Next: A cold front will approach the area on Sunday afternoon, perhaps sparking a few showers and thunderstorms until it passes offshore on Monday morning. The front will bring drier, more seasonable air but the transition may take most of Monday to be noticeable. Tuesday through Friday will have clear skies, highs in the mid 80s and lows in the low 60s or even upper 50s! That front will also deflect a developing tropical system away from Louisiana and Mississippi, keeping it well to the southeast (more below). CLICK HERE for your detailed 7-Day Forecast. 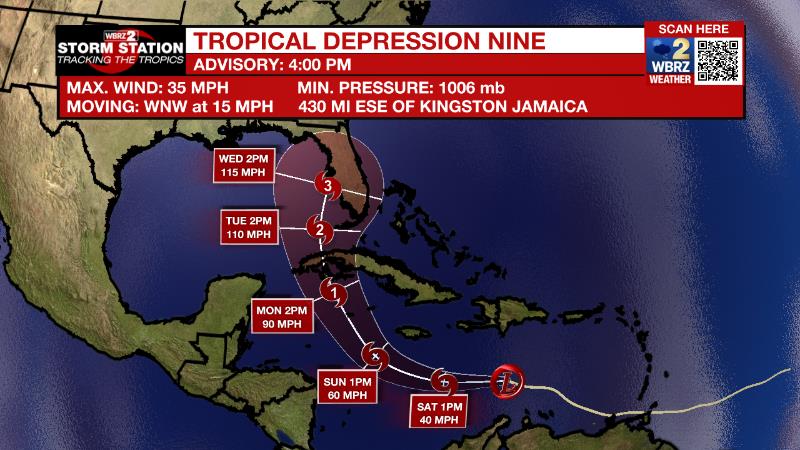 The Tropics: Tropical Depression Nine formed on Friday morning in the central Caribbean Sea.  As of 4pm Friday maximum sustained winds remained at 35mph. Nine is expected to strengthen and become Tropical Storm Ian by tonight while moving to the west. By Sunday and Monday, Ian will turn to the northwest and become a hurricane on approach to the Cayman Islands. Florida could be a target of then Hurricane Ian by the middle of next week.

Tropical Storm Gaston continues churning near the Azores with maximum winds of 65mph. The storm will bring heavy rain and wind to the islands while swinging around to the southeast and then south while gradually weakening.

The Explanation: An upper ridge will pinch west a bit on Saturday but still exert plenty of influence over the local area to keep high temperatures about 5-7 degrees above average in the mid 90s. An upper level trough of low pressure will begin to cut across the Great Lakes region on Sunday. This feature will squeeze the ridge further west and away from the area will allowing a cold front to push south toward the Gulf Coast. The approaching front will bring a pocket of low level moisture offering the best chance for isolated showers and thunderstorms of the entire forecast period late Sunday into Monday. The weather will be in transition as the new week begins. As the cold front moves offshore, dew point temperatures will fall signaling a drier and cooler air mass. By Tuesday morning, low temperatures will be closer to average in the mid 60s followed by high temperatures in the mid 80s. These seasonable readings will continue through the middle of the week. Some mornings may even sneak into the upper 50s. The cold front and subsequent drier air mass would help to keep Tropical Depression Nine well south and east of the local area.