Weeks after deadline, more than a third of EBR school employees have failed to report vaccination status

BATON ROUGE - Despite a mandate requiring that all school employees report their vaccination status, only about 64 percent of staff at East Baton Rouge schools have submitted that information to their bosses.

As of Thursday, more than two months into the fall semester, a school spokesperson said that 2,385 employees still had not submitted their vaccination status. The school system said it employs 6,639 people.

Around the start of the school year in August, the East Baton Rouge School Board mandated that employees submit that documentation by mid-September. That deadline was pushed back to Oct. 1 in wake of Hurricane Ida.

"It's not a vaccination mandate. The district decided to ask that employees share that information with the district. It's not going to be shared with anyone else, so there's no violation of HIPAA, or anything like that," Angela Reams-Brown, president of the East Baton Rouge Federation of Teachers, said at the time. "It's just going to be information that the district can use going forward to determine what mechanisms they still need to put in place to ensure the safety of everyone."

The school system said those not in compliance will be subjected to the following procedures. 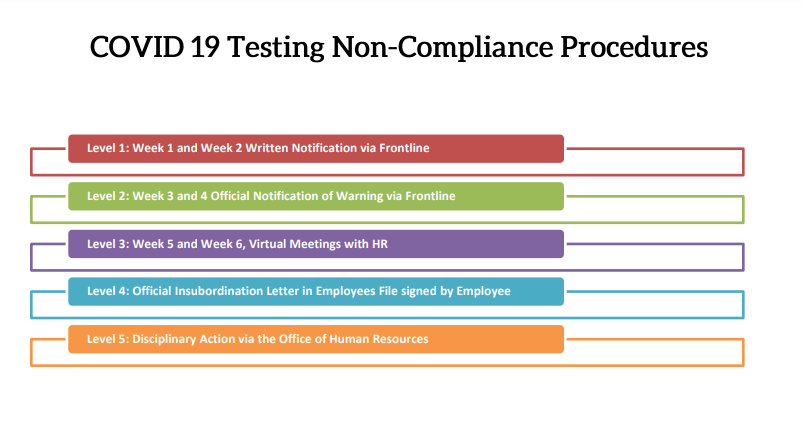