Wall-E and Eva Are Heading To Mars

All eyes are on Vandenberg Air Force Base in California this weekend, ahead of a very important rocket launch of the InSight Mars Mission. This is an incredibly important mission to discover more about our neighboring red planet. Interior Exploration using Seismic Investigations, Geodesy and Heat Transport (InSight) will be aimed at looking within the planet to understand more about its composition. The lander will be looking within Mars, exploring its crust, mantle, and core. This mission will give scientists answers to important questions about the early formation of the rocky, and closest planets in our solar system – Mercury, Venus, and Mars. The lander will also be able to measure tectonic (earthquake) activity and meteorite impact rate on a planet with an atmosphere that is around 100 times thinner than Earth’s. 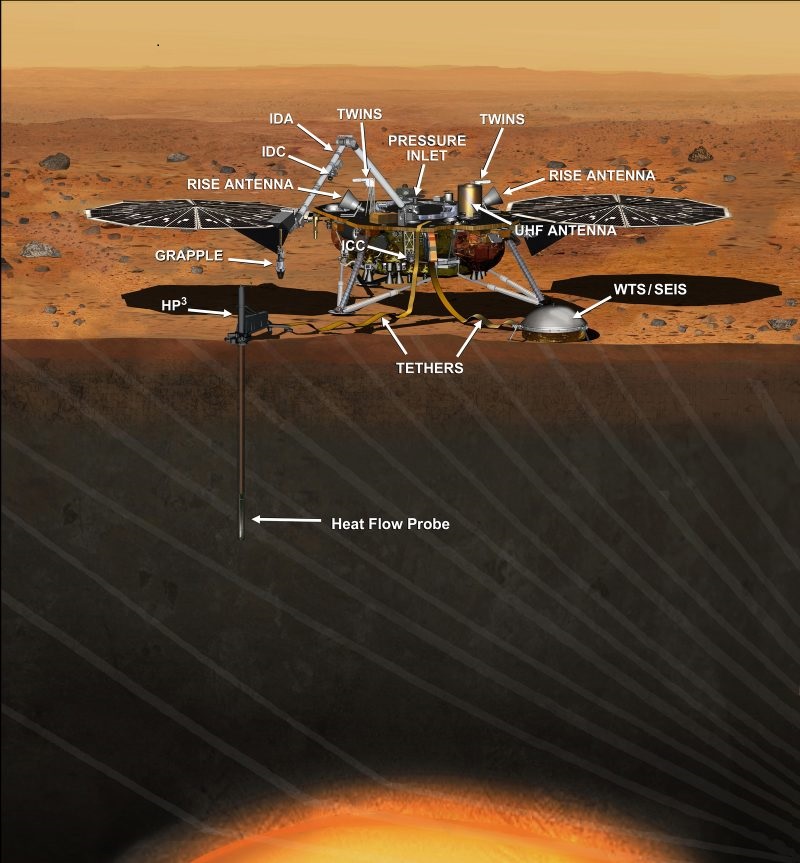 InSight Mars with its diagram of tools to help measure the 'inner space' of Mars.

Also on board the United Launch Alliance (ULA) Atlas V rocket, will be a set of twin communication CubeSats satellites code-named ‘Wall-e’ and ‘Eva’. NASA found it fitting to name them after the 2008 film, since their propulsion system is the same compressed gas found in fire extinguishers. These two briefcase sized satellites, will not be tasked with cleaning, but instead will revolve around Mars and help to keep open communication between the Mars Lander and Earth. This will allow mission control scientists on the ground to keep in constant contact with the lander as it enters the Martian atmosphere and lands on the surface of the red planet. This is different than other lander missions, which are conducted through pre-programmed sequences that are executed without human interference and can only monitor. This means if an issue occurs during this imperative stage in the mission, nothing can be altered from the already determined “plan”. This mission is hoping to change all that, allowing the communication and the ability to control descent and landing for increased safety when landing on another planet.

CubeSats use a flat antenna called a reflectarray, which the surface is patterned to mimic a parabolic dish that concentrates signals towards Earth. 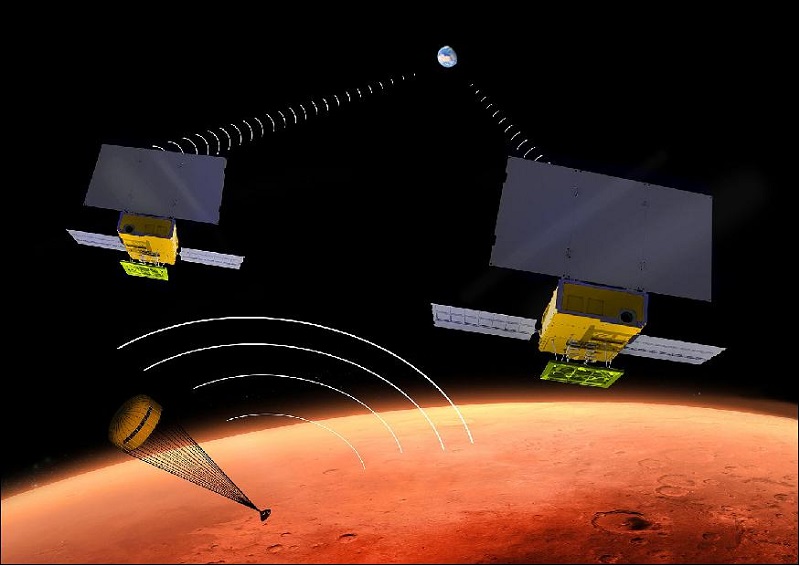 Wall-E and Eva in orbit around Mars as the InSight Lander is descending through the Martian atmosphere and landing on the surface. Both CubeSats will provide experimental communications relay to inform Earth quickly about the landing. 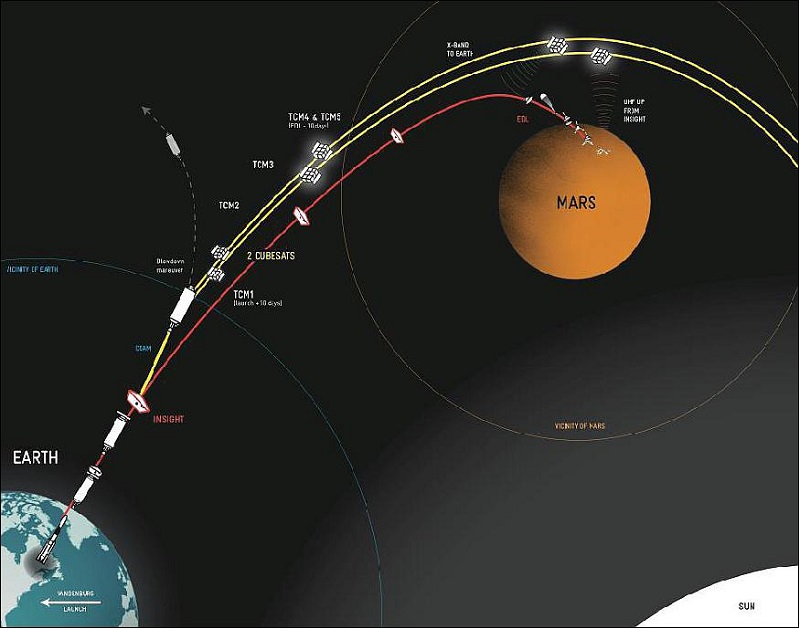 The Entry, Descent, and Landing (EDL) of a spacecraft on a planetary surface is the most dangerous time for any Lander, especially when it takes 6 months of travel time to get to Mars. The only successful county to land and transmit on Mars has been the United States, but of 14 landing attempts, only 7 have been successful with 2 still active. Those that are still in operation, include the 2004 Opportunity Rover and the 2012 Curiosity Rover. 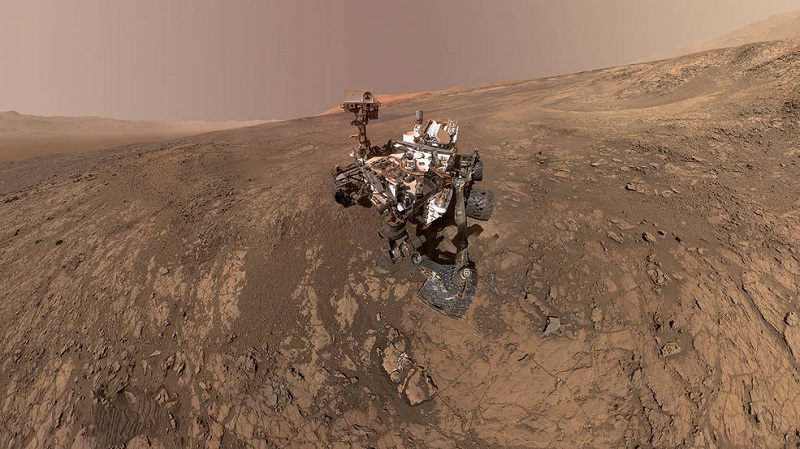 Selfie of the Mars Curiosity Rover on Vera Rubin Ridge in January 2018.

CubeSats are not anything new, and have been keeping NASA’s primary payloads company within their spacecraft since 2003. They are shaped like a cube and rather light, weighing between 3 and 18 pounds, and are primarily used for academic advancement. First proposed in 1999 by Jordi Puig-Suari and Bob Twiggs of Cal Poly and Stanford Universities respectively, with the purpose of giving graduate students the ability to design, build, and operate a working spacecraft in space. Since its development, these small satellites have been built by universities, high schools, non-profit organizations, and even developing countries. All CubeSat missions have been within Earth’s orbit, but this weekend will be the first ones that will be launched into deep space.

From all of us on Earth, Good Luck InSight!