It is nearly a guarantee that 90s will return to the forecast, but the question is when?

The WBRZ Weather Team is forecasting upper 80s for the Baton Rouge area through the weekend. Some parts of south Louisiana could see 90° before the week is over.

The normal or average high temperature for the end of April is 80°. That means a short stretch of unseasonable warmth needs to move over the area in order to hit 90°. The Climate Prediction Center regularly issues 8 -14 day temperature outlooks for the entire United States. The most recent outlook has south Louisiana in the blue, meaning temperatures will likely be slightly cooler than that 80° average. The warmup coming later this week will likely be the only opportunity to see the 90s before temperatures level back out early next week. Early May will be the next best chance to see 90°. 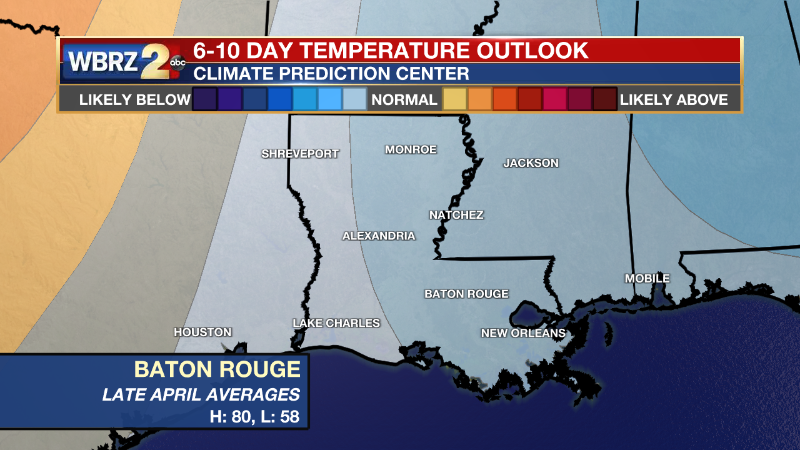 Baton Rouge has seen 90° (or warmer) every year since records started in 1930. On average, there are about 90 days a year with temperatures 90° or higher.

Once Baton Rouge hits 90°, the Weather Team will start the annual count of 90 days in the 90s.

Download the WBRZ WX App on your Apple or Android device. We will send a notification to your phone to let you know when Baton Rouge hits 90° for the first time!