Spotty storms Sunday, back to the 90s next week 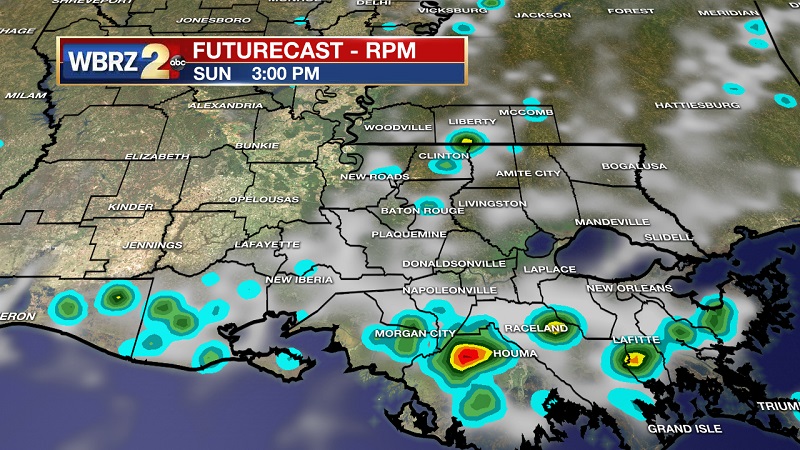 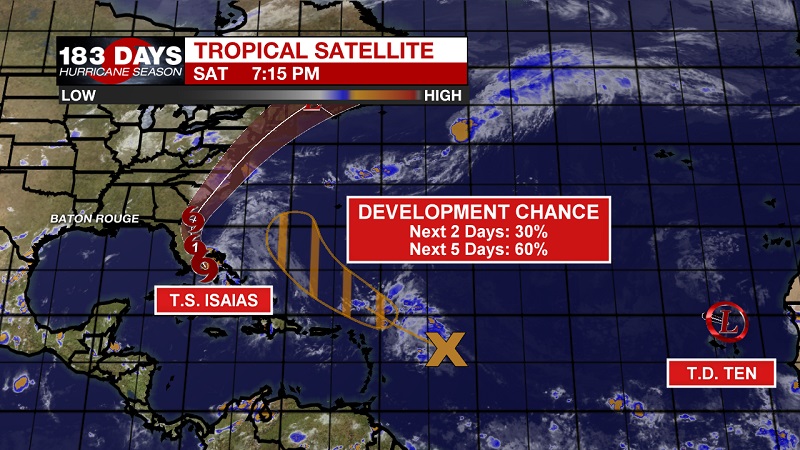