As we near the longest day of the year, and the official start of summer, the solstice has another beautiful present that you may not have noticed - longer sunsets. The slowest sunsets occur during solstices, and the quickest sunsets happen during equinoxes. This is the case regardless if you are in the Northern or Southern Hemisphere, and the duration is highly dependent upon latitude.

The higher the latitude, the longer sunset is experienced, but this even is the case along the equator. During a solstice, the length of sunset is 2 minutes and 8 seconds, but only decreases by 9 seconds during an equinox on the equator. In Southern Louisiana and Mississippi, the sunset length is about 3 minutes, and drops to 2 minutes and 30 seconds during an equinox. The winter solstice sunset is always a couple seconds longer than the summer solstice, since the sun is about 3 million miles closer to Earth.

Diagram of Earth's rotation and orientation of tilt around the sun. 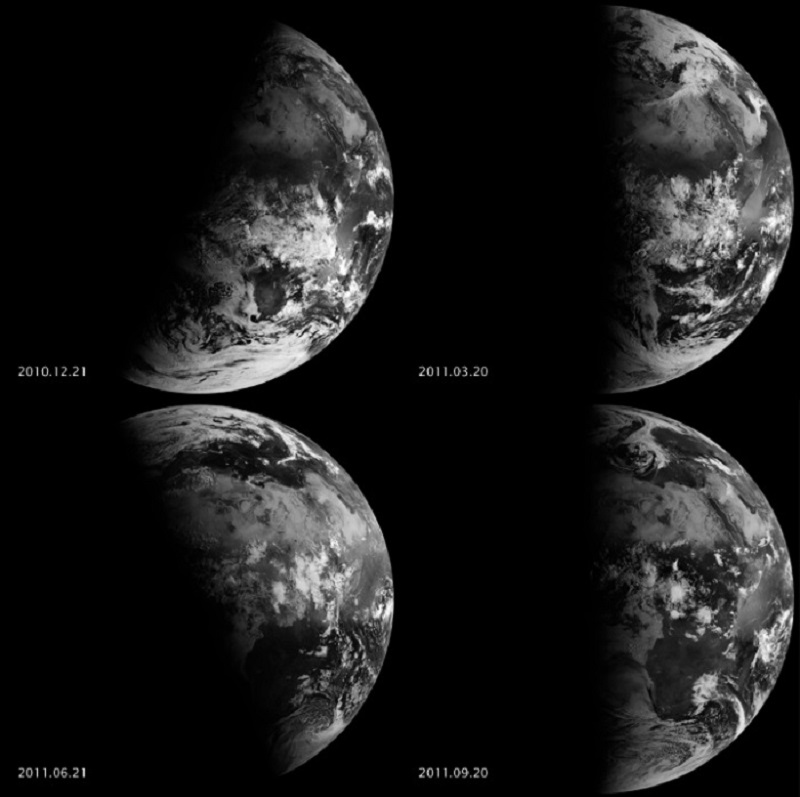 Image of Earth during the summer (bottom left) and winter (top left) solstices and both equinoxes (right).

The sun sets along the northwest horizon during the June solstice, and in the southwest for the December solstice. These are the two shallowest angles made by the path of the rising or setting Sun with respect to the horizon, or known as the solar parallactic angle. This angle can only be 90° when the solar declination equals the observer’s geographic latitude, which occurs twice a year between the Tropic of Cancer and the Tropic of Capricorn. On an equinox, this angle is 90° only at the equator. 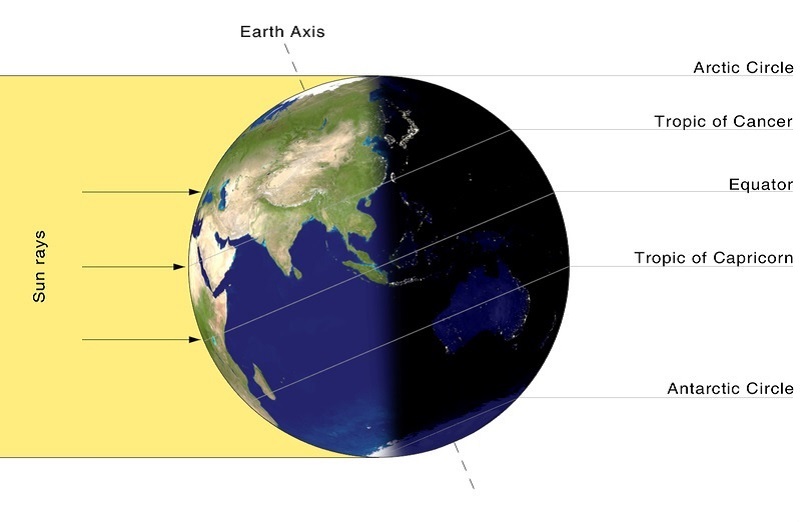 Diagram of the earth during the summer solstice showing that the parallactic angle is at 90° at the Tropic on Cancer.

Solstice is from the Latin word “sol” (sun) and “stitium” (still or stopped). This phenomenon was observed by ancient civilizations as the time when the sun stopped moving northward in the sky, and began to track southward again. It was also figured to be the longest day and shortest night in the Northern Hemisphere, the opposite was true for the Southern Hemisphere. In the Red Stick, and along the 30.4515° parallel, the sun will stay out for the longest duration all year on June 20th and 21st. This amounts to 14 hours 6 minutes and 53 seconds of sunshine.