Tonight and Tomorrow: Spotty showers and storms will be breaking up as we approach midnight, allowing clouds to fall apart late. Temperatures will continue to drop to an overnight low of 72°. Decreased rain chances as we move into Sunday, with better chances along the coast. Showers will begin ramping up late morning, and moving inland through the afternoon and early evening hours. Clouds will also be building through the day, leading to below average high temperatures which will eventually reaching near 91°. Winds will be out of the southeast between 5 and 10 mph through Sunday.

Up Next:  An upper level ridge will move in from the southeast, helping to keep drier conditions to the region as we head into the workweek. Afternoon rain chances will be minimal through Tuesday, helping to allow highs to hover around average for this time of year. Showers and storm chances set to increase Thursday and Friday, effectively dropping temperatures back down to below average as we head into the weekend.

Shower activity associated with a non-tropical low pressure system is centered 950 miles west-southwest of the Azores remains limited. The low could gradually acquire subtropical or tropical characteristics while it moves southwestward over the next couple days. It will then lift back to the northeast and stays over warm water through Tuesday. The National Hurricane Center gives this system a low chance of development, only 20% chance in the next 48 hours, and 30% chance over the next 5 days. 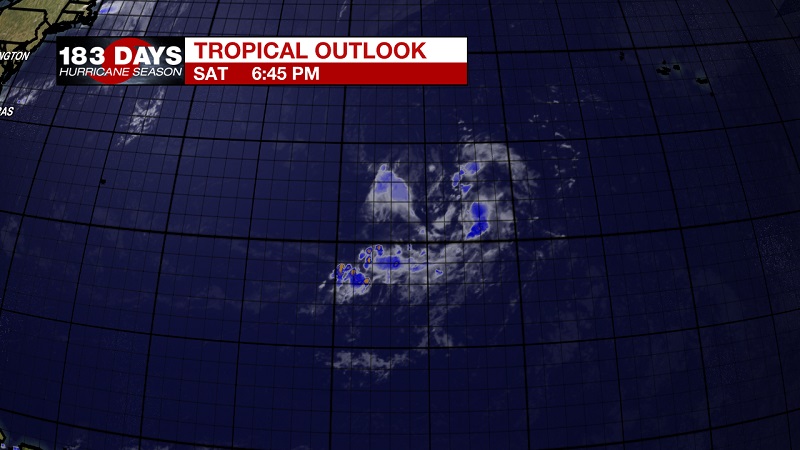 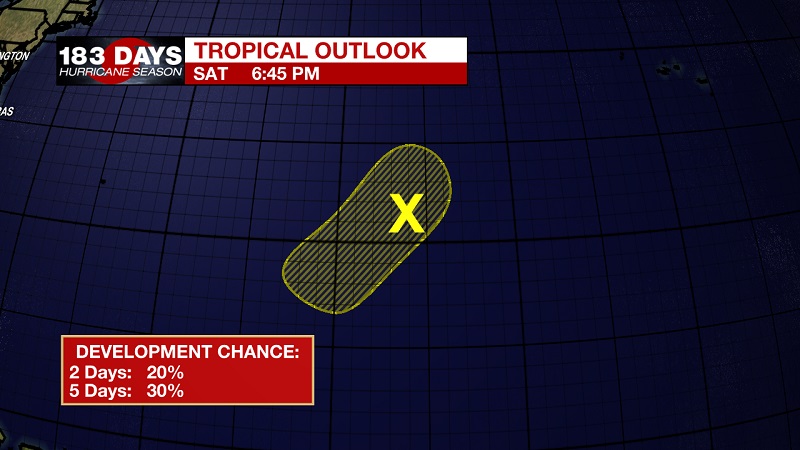 An upper level ridge is beginning to move in from the east. This will allow for shower chances and storm development to continue to drop over the rest of the weekend and into the workweek as the sinking air moves in. This ridge will also inhibit cloud development, increasing high temperatures back to near average levels through the beginning part of the workweek. As we approach the mid-week, the ridge will begin to break down and open the door to an incoming inverted trough to develop over Thursday and into Friday. This trough is oriented northwest to southeast, and will dig into the Gulf late in the week to increase rain and storm chances as we proceed into next weekend.