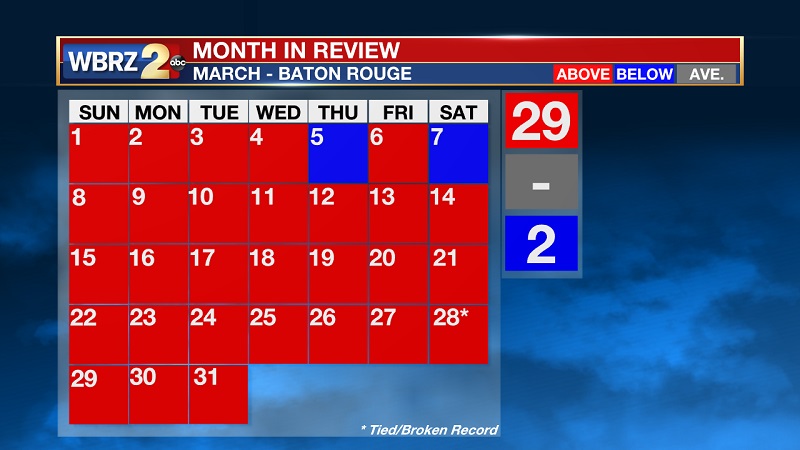 Total precipitation for the month totaled 2.20”, which is 2.21” below our monthly average. This is up just over an inch from last year, where we only amounted 1.17”. This past March we received the second lowest rainfall amounts over the last 13 years, and fifth lowest since 2000. Our rainiest day occurred on the 17th, which landed in the middle of the wettest week of the month. This week alone accounted for about 75% of the months total rainfall. 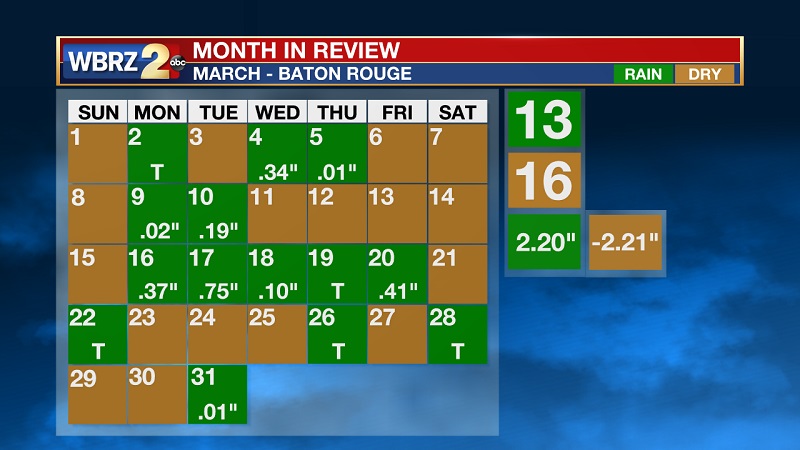