Rain Chances Increasing through the Week

Tonight and Tomorrow: Some areas of drizzle have successfully pushed onshore, but will dry out by 7 PM. Mostly clear skies tonight, as clouds will continue to break up through the remainder of the evening. Temperatures will be dropping into the 70s around 10 PM, as overnight lows bottom-out near 73°. Mostly cloudy start to the workweek, as some areas of patchy fog will also be possible – especially near bodies of water. High temperatures will still be above average, peaking near 92° through the afternoon. There is a potential for a slight chance of light showers along the coast, but they should stay confined to areas along of Highway 90. Winds will be coming out of the southeast at 5 to 10 mph. 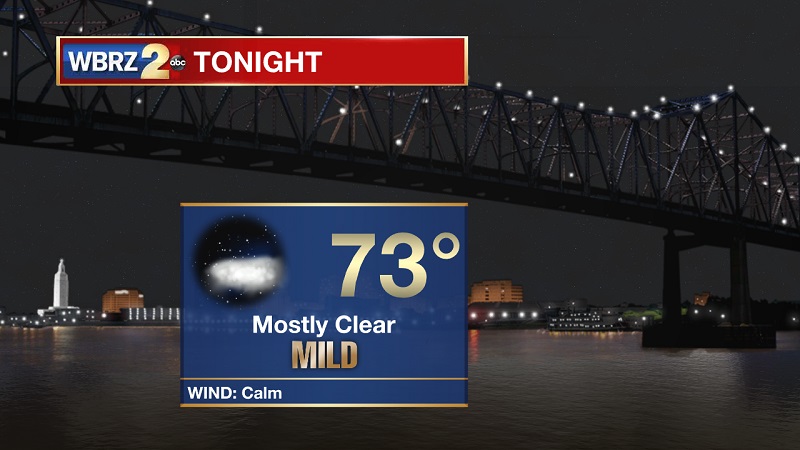 Up Next:  Highs staying above average through the workweek, as a chance for spotty afternoon showers will be possible beginning Wednesday. 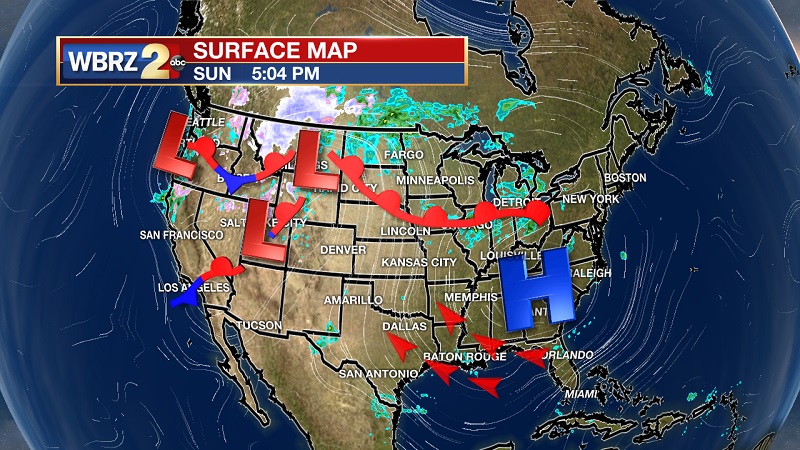 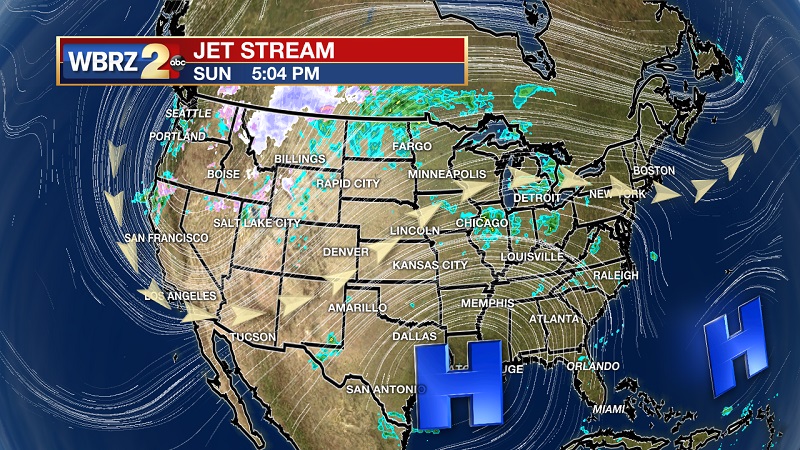 Hurricane Lorenzo has weakened slightly, but is still a large and powerful category 3 hurricane. It is currently located about 1260 miles west-southwest of the Azores with 115 mph sustained winds and moving north-northeast at 10 mph. A turn to the northeast is expected on Monday with a gradual increase in forward speed through Wednesday. Gradual weakening is expected over the next couple of days, but Lorenzo is expected to remain a large and potent hurricane. 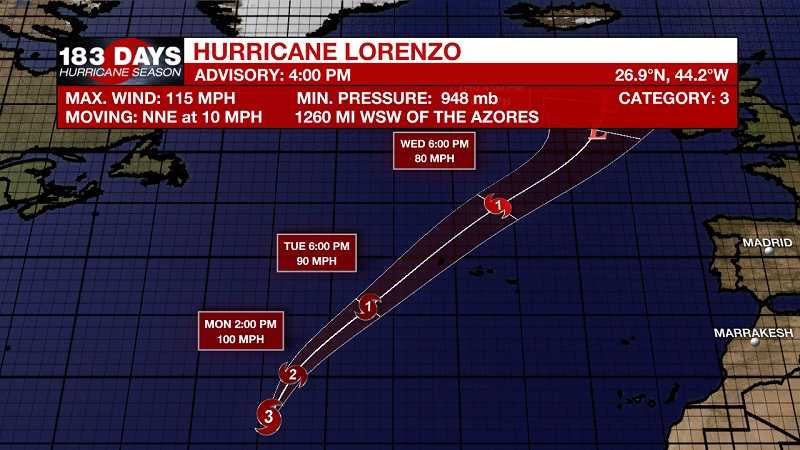 There is a slight chance of a spotty drizzle along the coast, but moisture will have a tough time breaking father inland. This is due to the large ridge that has set up along the gulf states, which has effectively inhibited any sort of vertically developing rain or storm cells. This large upper level ridge will begin to flatten through the middle and latter part of the week, allowing for a weak trough over the east coast that will initiate a weather pattern conducive for a cold front to push farther southward. The GFS and Euro model are indicated a weak front pushing into the region on Friday, with a stronger one reinforcing cooler temperatures and significant rain Sunday and into the early part of the following week. Fall seems to finally be arriving.