Rain Chances Dwindle as Humidity is on the Rise

Tonight and Tomorrow: Lingering showers tonight will dry out by 8 PM, leading to mostly cloudy skies through this evening. There is a slight chance of a brief drizzle near St. Mary Parish between 8 PM and 10 PM tonight. Muggy conditions will stick around, as temperatures will be slow to cool near 74° overnight. Clouds will break slightly Monday morning, as spotty showers accumulate along the coast through the early afternoon hours. These showers will move from southeast to northwest through the late afternoon, but will be breaking up as they get further inland. Best chances for experiencing a brief, cooling shower will be between 4 PM and 6 PM. Temperatures will be reaching into the 90s by 1 PM, as we reach a high of 92. Moisture within the atmosphere will make it feel even warmer, with heat index values hovering around 100 to 101 between 1 PM and 4 PM. 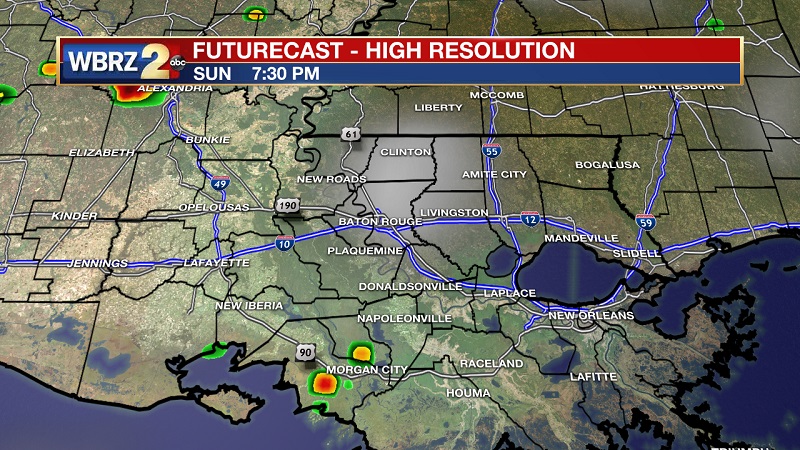 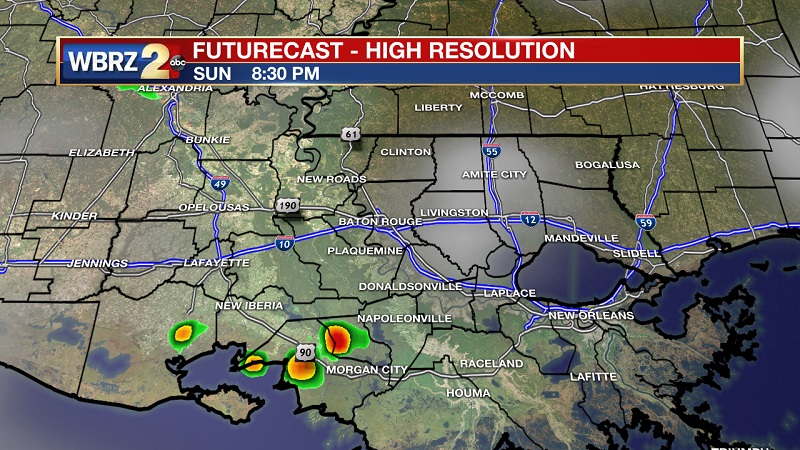 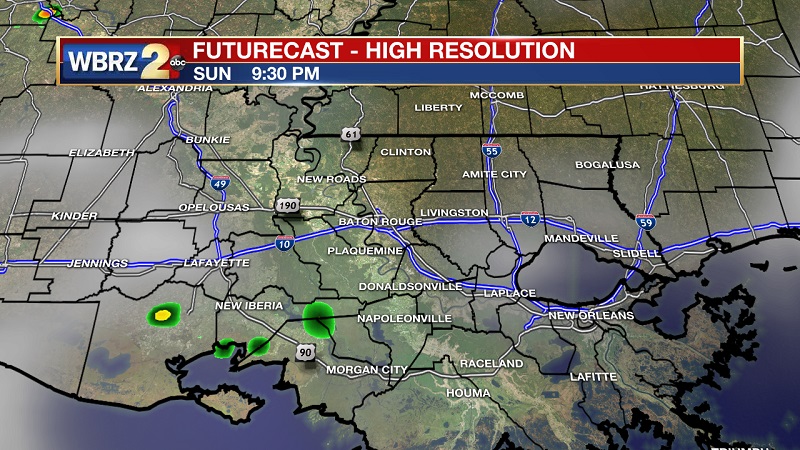 Up Next:  An upper level ridge is continuing to move in from the east, with the high pressure center to our south. This will keep shower chances fairly isolated through the beginning part of the workweek, as high temperatures remain near average and near 93°. This ridge will eventually break down as we approach the weekend, increasing and scattering rain chances by Thursday and into Friday. This pattern will likely stick around as we proceed into the weekend. 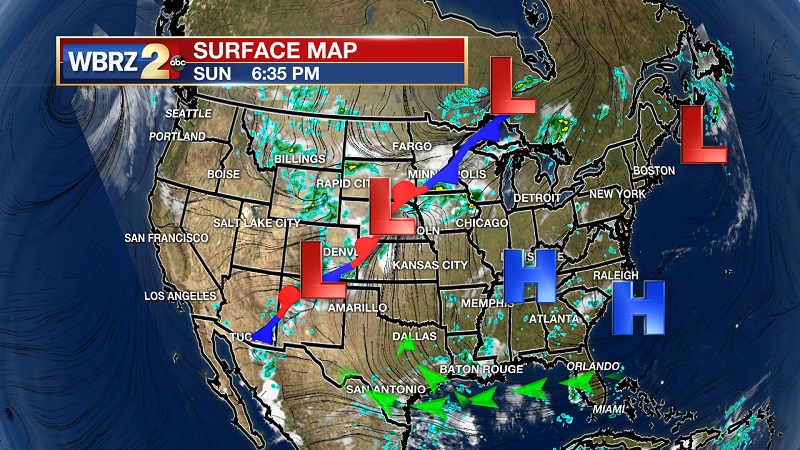 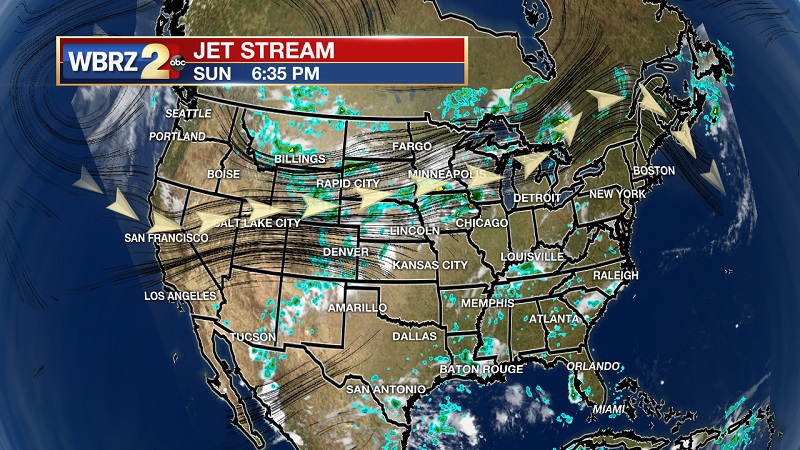 A non-tropical low pressure system is centered in the Central Atlantic, about 1050 miles west-southwest of the Azores. This system continues to produce limited shower activity. Environmental conditions are expected not to be very favorable for the low to develop subtropical or tropical characteristics while it stays relatively stationary over the next couple days. It should move north-northeastward through the day on Tuesday, which will likely keep it over warm water. The National Hurricane Center is forecasting a low, 20% chance of development over the next 48 hours, and over the next 5 days. 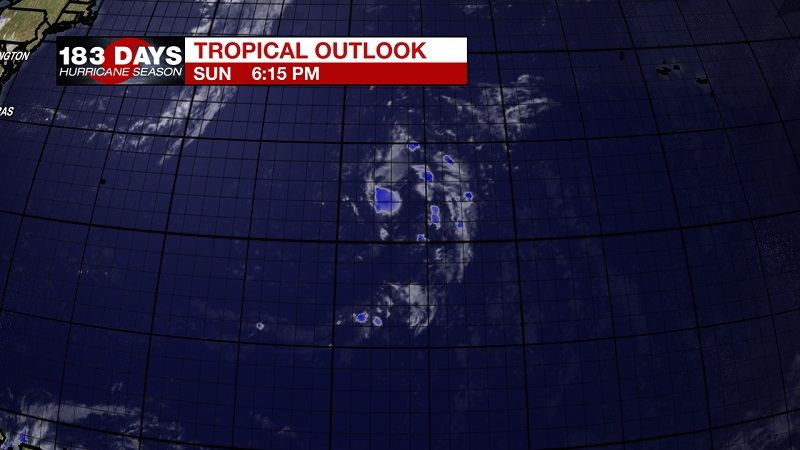 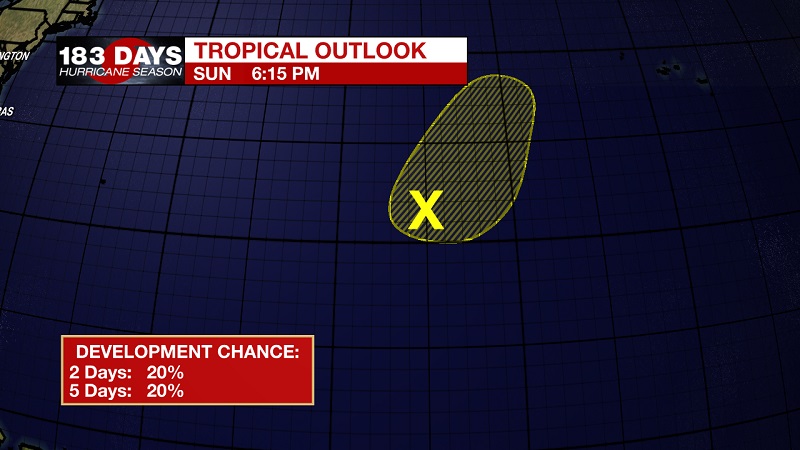 The upper level ridge is over the southeast, as several high pressure systems extend from the Gulf and up the Eastern Seaboard. This will drop south as the approaching cold front from the west moves across the Great Plains. High pressure is also infiltrating into the Gulf, helping to push moisture onshore and keeping isolated, afternoon showers in the forecast. The bulk of the moisture will be pushed more west into Texas as we move into the beginning part of the workweek, allowing for shower chances to drop to 20% and below normal for August storms. Southerly winds will keep the atmosphere moist and dewpoints elevated through Wednesday, allowing for heat index values to break into the low triple digits during peak afternoon hours. The upper level ridge breaks down during the latter half of the week, which will open the door for a trough to set up that will be oriented southeast to northwest. This trough will allow for ample moisture to trigger scattered storms Thursday and Friday, which will likely linger into the weekend.