WBRZ reported on the incident earlier this week; click here to view the article.

Authorities identified 35-year-old Scott Chauvin as the suspect who was booked into the St. James Parish Jail on one count each of Aggravated Arson.

Chauvin's arrest was tied to a Monday, August 16 incident that occurred around 2 p.m. in the 1600 block of Third Street. 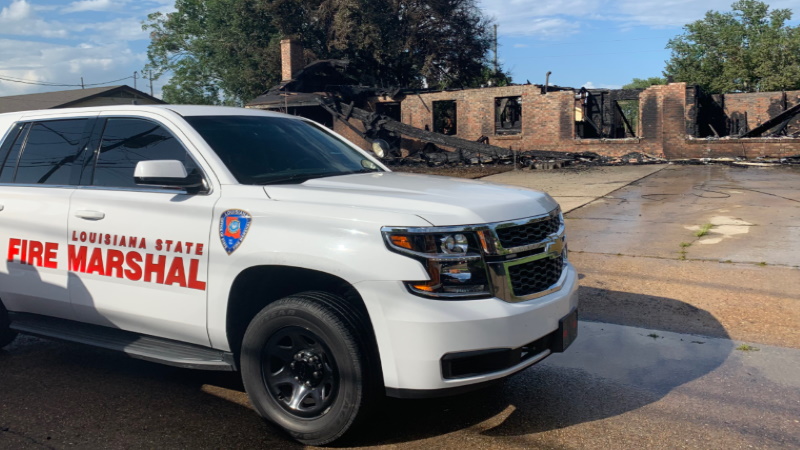 First responders with the St. James Parish Fire Department discovered that the blaze resulted in extensive damage to the home where the fire was started in addition to destroying a neighboring shed and causing moderate damage to an occupied home next door.

Officials say the elderly resident who lived next door was able to escape unharmed.

Fire officials performed a thorough investigation of the scene and found that the fire was intentionally set and led them to identify Chauvin as a suspect.

A warrant was then obtained for his arrest and SFM worked with SJSO deputies to locate and arrest Chauvin on Wednesday, Aug. 18.