According to Patrick De Haan, head of petroleum analysis for GasBuddy, a decrease in gas prices may be just around the corner.

De Haan said, "With several Louisiana refineries poised to have power restored in the days ahead, the impact on gas prices could soon reverse, and with gasoline demand now likely to decline with the close of the summer driving season, I see the odds rising that gas prices will soon begin a seasonal downturn, accelerated by the expiration of summer gasoline requirements on September 15. By Halloween, we could see the national average back under $3 per gallon."

The chart below depicts statistics from neighboring areas and their current gas prices, according to GasBuddy. 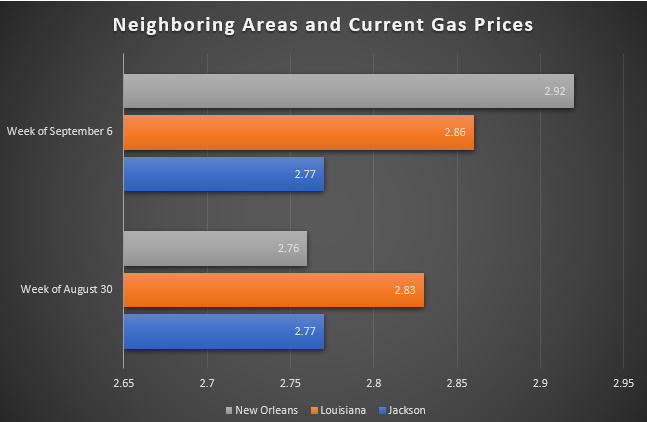 Based out of Boston, GasBuddy is a tech company that operates apps and websites based on finding real-time fuel prices at more than 140,000 gas stations in the United States, Canada, and Australia.