BATON ROUGE - The East Baton Rouge Sheriff's Office is asking for the public's help in the search for several armed suspects who burglarized vehicles in various subdivisions throughout the parish.

A group of four or five armed suspects burglarized unlocked vehicles in southern EBR in the early morning hours on Monday, Dec. 1, according to EBRSO.

Those with information concerning the suspects or vehicle involved are urged to contact EBRSO's Armed Robbery & Burglary Division at 389-5064 or Greater Baton Rouge Crime Stoppers at 344-STOP. 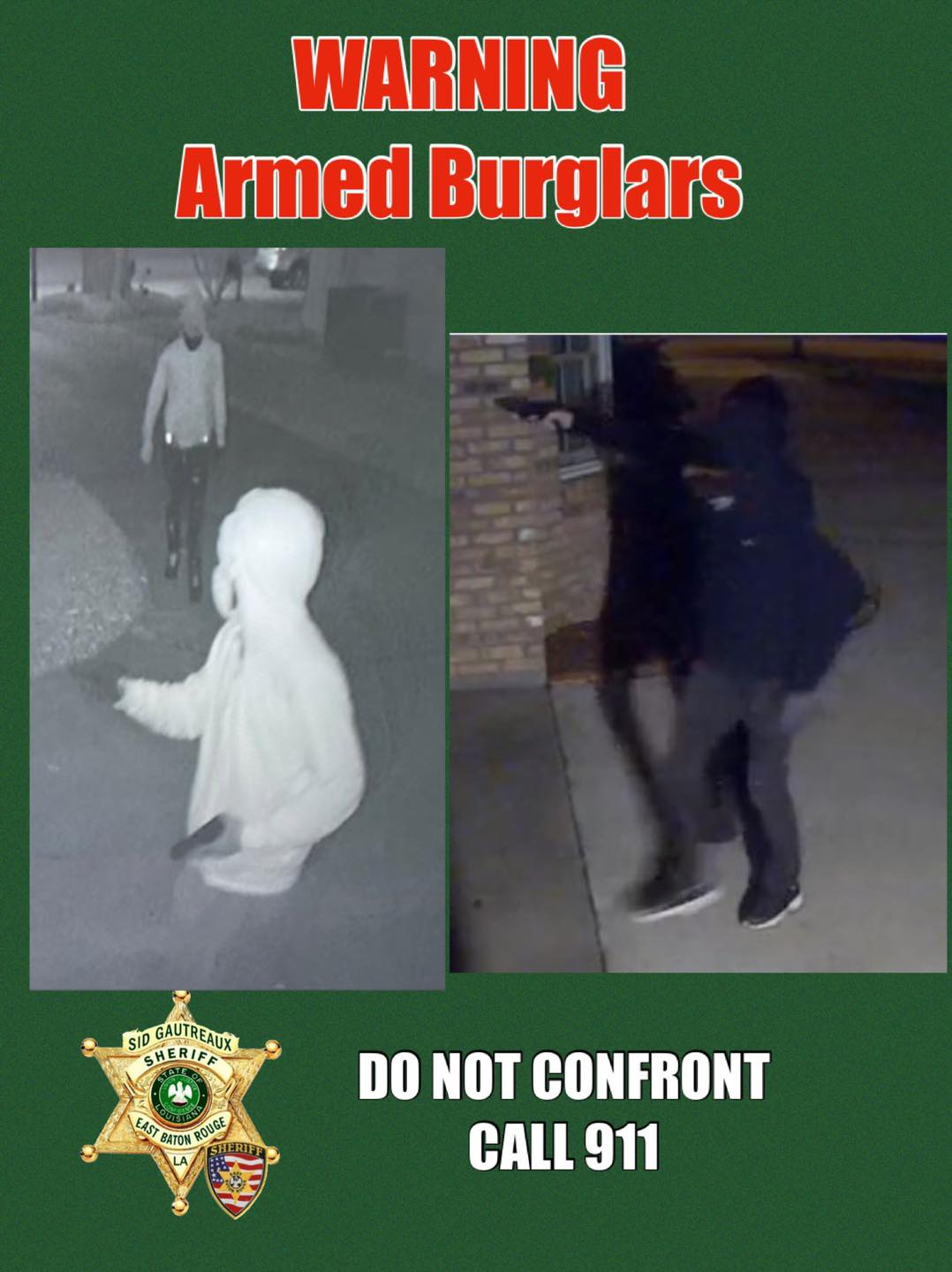