Today and Tonight: ***A Dense Fog Advisory is in effect until 9 AM Sunday Morning*** Patchy fog has developed throughout the southeastern and southern areas of coastal Louisiana and has now stretched upwards of 100 miles inland and will make travel difficult, especially along I-10 between Baton Rouge and New Orleans. Visibility readings were less than one-tenth to one-quarter of a mile from New Orleans to northern Ascension Parish by late Saturday night. The fog should begin to dissipate around mid-morning on Sunday giving way to cloudy skies and a very slim chance for rain. Temperatures will be running much cooler on Sunday only climbing into the upper 60s and near 70 degrees. 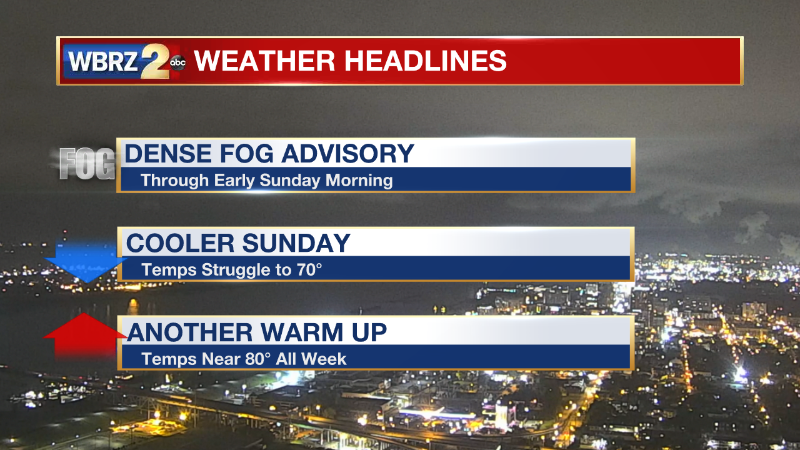 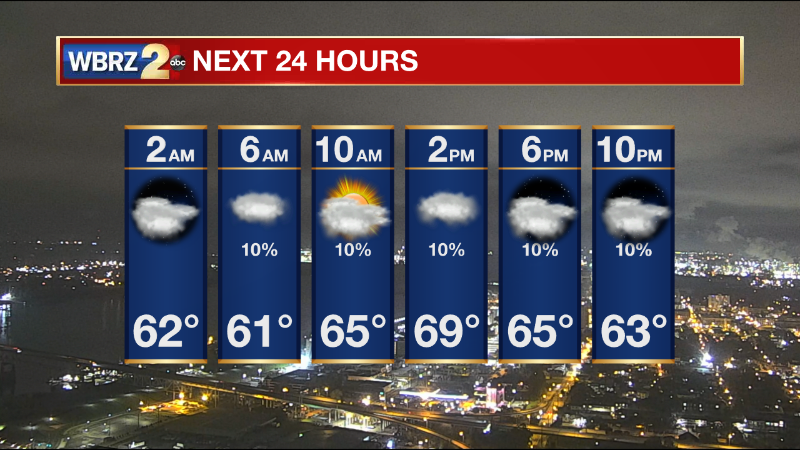 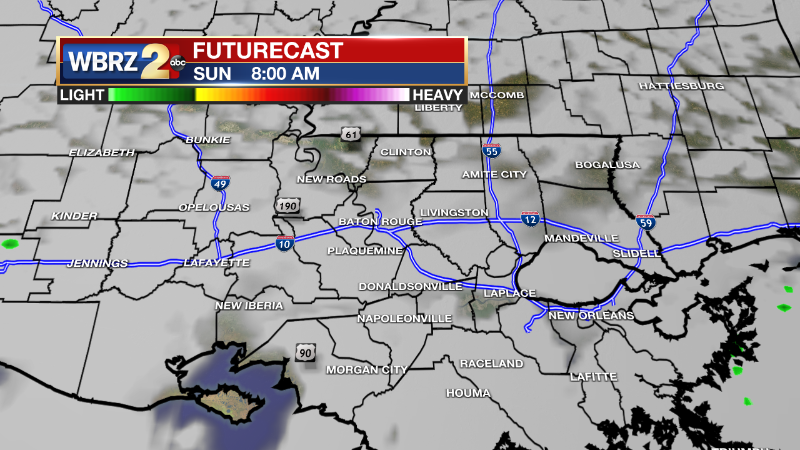 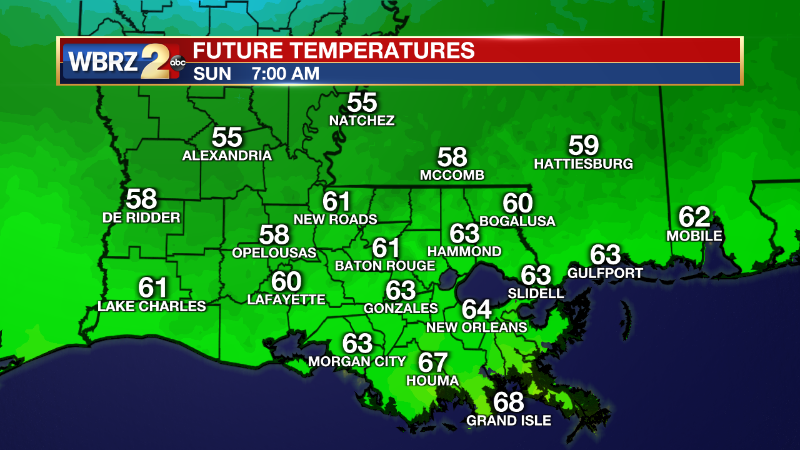