There is no surprise that craft beers have been on the rise over the last ten years. In fact, they account for nearly a quarter of the national $144 billion beer market. They also enhance the local economy by contributing to over 550,000 jobs. However, recent changes in climate are forcing brewers to adapt. 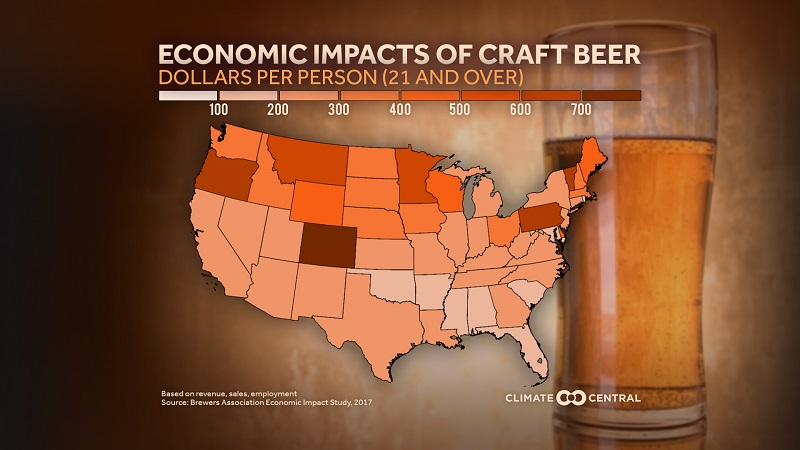 Beer consists of four main ingredients: water, yeast, hops, and barely. In order for the crop to have a successful season it needs the right amount of water, relatively cool temperatures, and little storm activity. If any of these are not adhered too, the crop will be more prone to disease and potentially die. The real issue tends to be surrounding heat and drought, which becomes more common under a warming climate. This can translate to seed yields declining as much as 95%, an increase in starch levels, and altering proteins within the seed. All of these can have devastating effects when creating beer, and can alter taste or inhibit fermentation. 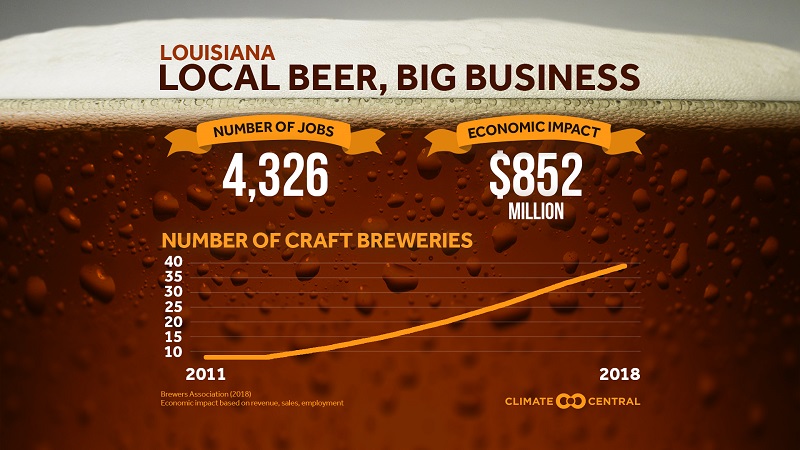 What is also concerning is that winter snowpack is trending downward, meaning that there is less water to feed crops. The majority of U.S. hops are grown in Washington, Oregon, and Idaho, but snowpack has been on a steady decline over the last several decades. The average snowpack in the Oregon Cascades has declined 50% since 1950, and is likely to be cut in half again over the next 30 years. Another concern is that about 58% of power across the Pacific Northwest comes from hydroelectric dams, so as snowmelt decreases the availability of power does as well. 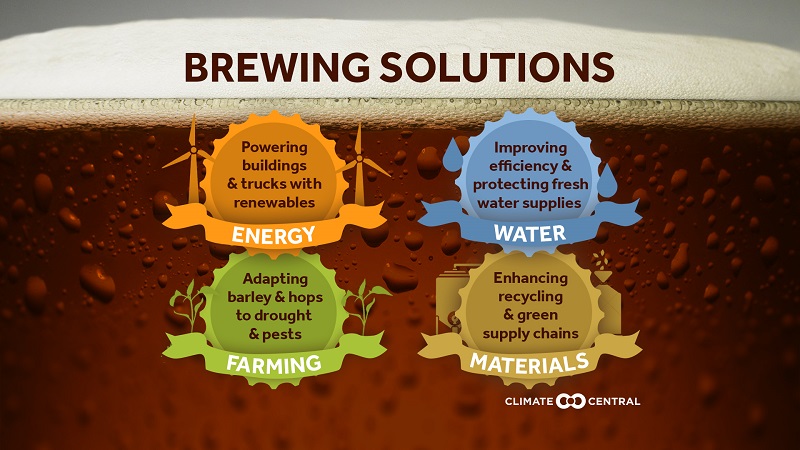 There’s no need to run out and grab as much beer as you can find, because brewers have been mitigating these issues. Anheuser-Busch InBev and The Nature Conservancy have partnered to try and preserve the water supply in the West. There are also several projects that are currently working towards pest-resistant hops and drought-resistant barley. Many breweries are also reducing their environmental footprint by powering their facilities with renewable energy gathered on-site, using electric vehicles for deliveries, and using recycled bottles.

This is a similar situation that is impacting wineries, as their growing regions may be shifting or changing as well. These are very vital industries to both local communities and the nation, but adaptation is possible through current research and partnerships.