Acts of arson on the rise in recent years, Baton Rouge officials say

BATON ROUGE - The summer of 2021 in Baton Rouge is proving to be unprecedented in certain ways.

Temperatures are uncomfortably warm, and this is nothing new. But in some residential areas, heat from devastating flames are demolishing homes that are targeted by arsonists.

The fires these individuals set often leave others injured, temporarily homeless, or even dead.

The Federal Emergency Management Agency (FEMA) says that in recent years, intentionally set fires contributed to 9.3 percent of the 1,900 fire-related deaths that occurred in the U.S. during a 12-month period.

How many cases of arson have occurred in Baton Rouge in recent months?

In recent years, Baton Rouge has seen a disturbing uptick in these types of crimes.

According to officials with the Baton Rouge Fire Department (BRFD), a total of 87 intentionally set fires occurred in the capital area between January and June of this year.

This is slightly less than the number of arson cases reported during the same timeframe in 2020, which came to a total of 94.

Interestingly, before the pandemic, a significantly smaller number of such cases were reported. From January through June of 2019, a total of 63 arson fires occurred. 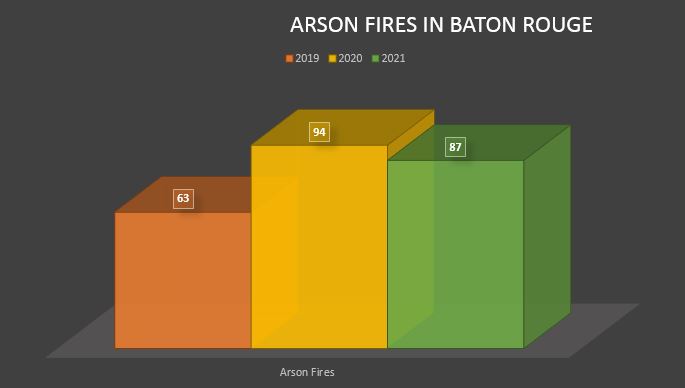 BRFD says at this time there is no specific reason that can be provided as to why cases of arson seemed to increase when the pandemic began.

Why are so many people committing acts of arson?

BRFD officials say arsonists choose to set fires for a variety of reasons. BRFD investigators learn what the motives behind the criminal acts are as they analyze the crime scene, talk to eyewitnesses, and eventually apprehend suspects.

What are local officials doing about the problem?

As of July 2021, BRFD says its investigators average a 30% clearance rate on cases, which is above the national average of 23 percent.

In addition to this, they average a 19% arrest rate, which is also above the national average of 13 percent.

The difference in clearing a case and making an arrest on a case can be for many reasons. Some of those cleared without arrest may include culpability, mental illness, counseling for juveniles or other reasons.

What can members of the public do to prevent arson?

BRFD officials are currently working to investigate each of numerous arson cases that have recently occurred in Baton Rouge and as they do so, they're asking that the public support their efforts by sharing what they know.

In addition to sharing pertinent information with investigators, people can do their best to avoid becoming victims of arson.

BRFD says it may be helpful to store flammable liquids in locked and secure locations, keep one's home, automobile, and other property locked, and report any activity that appears suspicious. 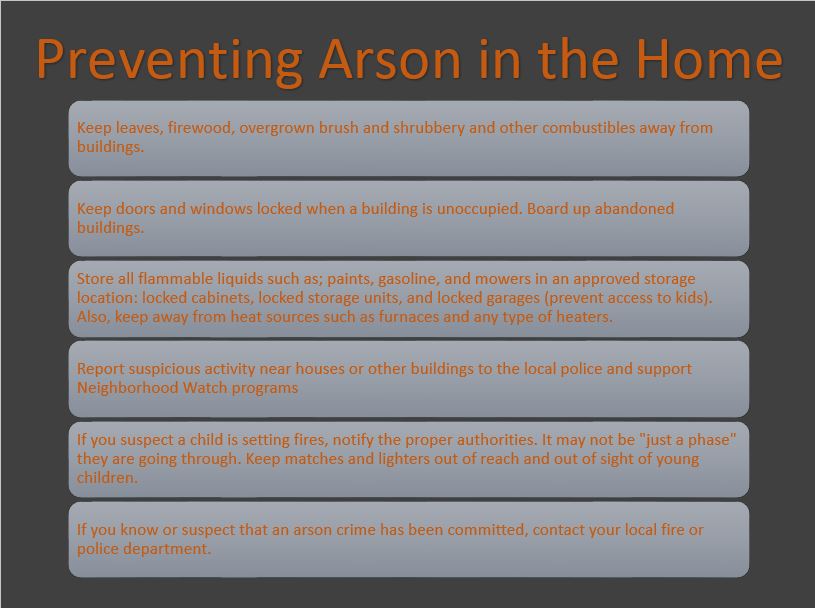