BATON ROUGE - A traffic incident involving a beer truck made for a small spectacle on Highland Road Wednesday afternoon.

The crash happened around 1:20 p.m. on Highland near Alice Street. Video from the scene showed several cases of beer strewn about the roadway.

According those at the scene, the driver of the truck was exiting the Mississippi River Bridge when the truck came to a sudden stop. Cases of beer then reportedly smashed through the front of trailer, littering the roadway between Alice Street and downtown Baton Rouge. 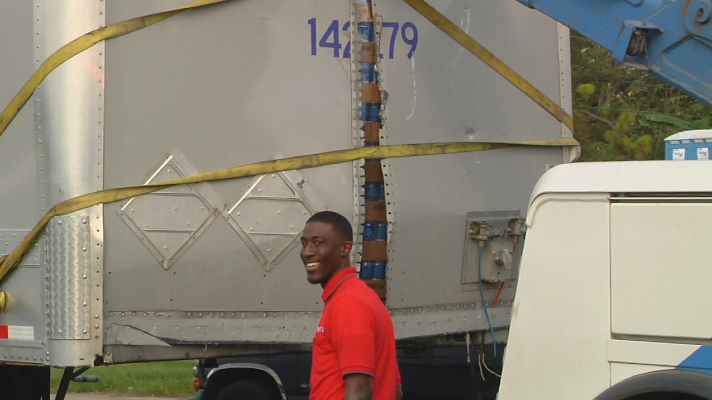 Workers seal up the trailer following the spill

Workers soon showed up with trucks at the scene, which is just outside the WBRZ studio, also located on Highland Road.