After a nice and quiet Monday, mild and at times dreary conditions are expected for much of Thanksgiving week. 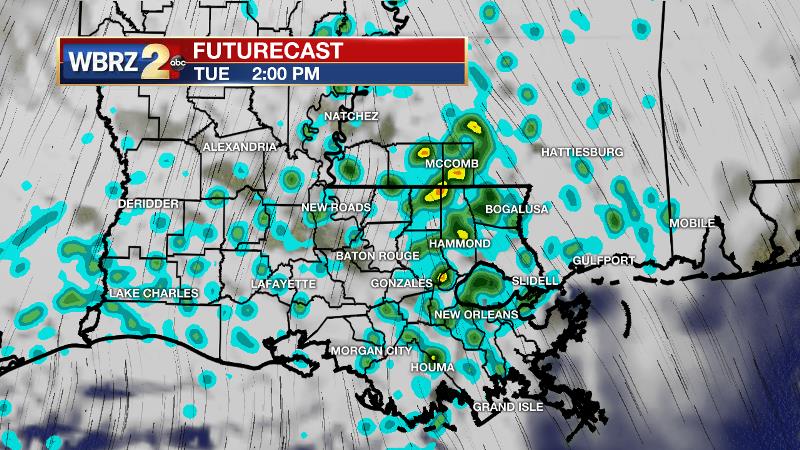 Up Next: On Tuesday, temperatures will rise into the mid to upper 70s. Showers and even a few thunderstorms are likely to develop as a storm system moves into our region. An associated front will push the last of the rain through overnight Tuesday into Wednesday before stalling along the coast or just offshore. This stall will result in continued cloud cover Wednesday, through Thanksgiving and even Friday. However, no major changes are expected in temperatures and average or even above average temperatures are anticipated. Actually, Friday and Saturday could approach 80 degrees. As far as Thanksgiving travel is concerned, a significant storm system could cause delays in the Mountain West due to snow and Southwest U.S. due to rain. Windy conditions are anticipated in New England. 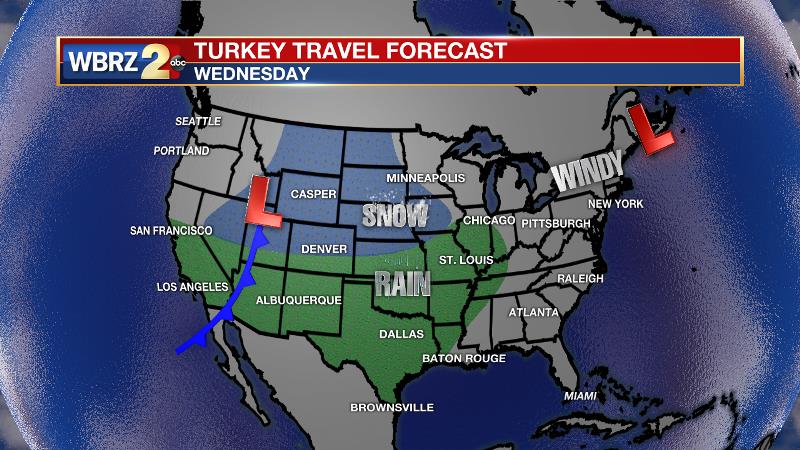 The Tropics: Entering the final week of Hurricane Season 2019, all is quiet in the Gulf of Mexico, Caribbean Sea and Atlantic Ocean. Early Monday morning, The National Hurricane Center issued the final advisory on Tropical Storm Sabastien located well into the northeastern Atlantic Ocean.

A surface high pressure system will shift to the east through Monday allowing onshore flow to push some moisture back into the area. Due to rising dew points, overnight temperatures will be 15 to 20 degrees warmer than on Monday morning. The returning moisture will saturate the atmosphere and allow clouds to thicken up as well. The possibility for showers and thunderstorms will ramp up through Tuesday as a weak cold front approaches from the northwest. Little instability will be available with this system, which is a good thing, because there is plenty of dynamic support for severe weather. But, it takes two to tango, so the threat for severe weather will be marginal at best. The front should crawl just far enough into the Gulf of Mexico by Wednesday night to shut showers down in the Baton Rouge area. However, this feature will allow a lot of cloud cover to persist through Thanksgiving. Temperatures may cool by a few degrees, but will not be nearly as chilly as Saturday and Sunday. An upper level ridge will build over the Southeast U.S. on Friday and Saturday causing well above average temperatures. Timing the next storm system will be critical to several outdoor events on Saturday. At the moment, a storm system is pegged to return showers and thunderstorms as early as Saturday afternoon, though the forecast model trends are indicating that a slowing system could push this back. Additionally, this system will need to be monitored for the possibility of severe weather.